The Laliberte’s Engagement Session at The Bow in Downtown Calgary

A Breezy Day in the Downtown Core 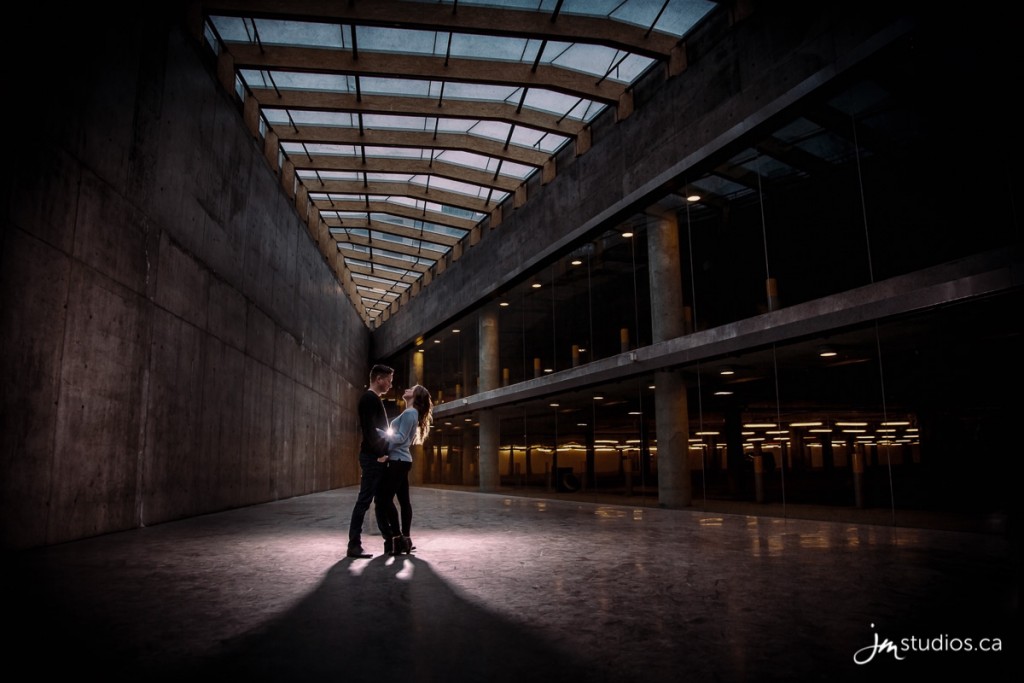 How Kim and Lance Met

Five years ago, Kim and Lance met at work. They both worked on the Geek Squad at BestBuy, her in the home theatre group, him in the audio install team. When they met, Kim was getting ready to start postsecondary after returning from backpacking, and Lance was already in his third year. Their relationship grew over time, and in the course of things, he invited her over to study for exams. It wasn’t a date, but the spark started, and their relationship developed from there.

Fast forward to April of 2016, when, after five years, he proposed! Lance always knew he wanted to be with someone for five years before getting married, to be sure!

When Lance and Kim met, she was only eighteen and wasn’t interested in getting married. As time went on, however, they both felt that it was the right step. He was nonchalant about it, even after he decided he wanted to marry her, because he wanted to keep the proposal a surprise. Even through the hints she dropped, he kept calm. At one point, she popped over to a jewelry store, looked at the rings, and wrote the model number and ring size on a card. She gave him the information, just in case he felt so inclined to make a purchase. He brushed it off, telling her he didn’t need it, all the while knowing he was going to propose! You see, her father was coming to town the next week, and Lance knew it would be the perfect opportunity to talk to him!

Once he arrived, Lance spent some one on one time with him and asked to marry Kim. It meant a lot to her father that Lance wanted to ask him first. And now, with her dad’s approval, the plan was set in motion.

When he returned home, he immediately realized that he didn’t know her ring size! Alas, it was on the card! He searched high and low for the information, going so far as to check every single garbage in the house. But the card was nowhere to be found!

When Kim returned home, he casually asked where it was. She replied that it must be outside in the big garbage, which was the only one he hadn’t checked! Later, he snuck into the alley and rifled through the trash until he found it!

The card in hand, he went out and bought the ring. It is a unique piece of jewelry, and right in line with Kim’s personality. She likes leafy greens, so the ring features four leaves of emerald that come toward the center diamond. When Lance bought it, he was so excited about it that he looked at it every day.

On the day of the proposal, Kim and Lance went for a walk through Crescent Heights. They crossed the bridge, and ended up on a peninsula on Prince’s Island Park. Lance got down on one knee, but he was so nervous that he couldn’t keep from shaking all over. At first, she thought he might be having a seizure. But once she realized what was happening, she told him to stand up, because of course she would marry him!

The Engagement Shoot in Downtown Calgary

When we headed out to their engagement shoot, it seemed like we were going to have warm weather. Our weather apps told us it would be a pleasant minus 7, but when we got out into town, the wind had other plans. An icy breeze shot through the buildings, making things a little uncomfortable! But despite the chill, we all pulled through.

Christina Kemp with Modern Makeovers did Kim’s hair and makeup, and made an impression on the couple. Kim loved the personality that Christina brought into her work. She also appreciated the natural looking makeup, since she doesn’t wear a lot on a day-to-day basis. Once the makeup and hair were complete, the couple met us at the Camera Store. Behind the building is an incredible graffiti filled wall where we began the shoot. Graffiti is an art form that Lance used to do, so it was cool that we were able to incorporate it into the session. Unfortunately, a car had parked right by the wall, so it made some of the shots we had envisioned a little tricky. We wandered down the alley and found a blank brick wall against which to shoot.

A Layover in Chinatown

Because we didn’t get all the graffiti shots we had hoped for, we headed into Chinatown. Calgary’s Chinatown has over 100 years of history, and is one of the largest in Canada. We went behind the Regency Palace, where a large graffiti covered alley runs between the buildings. The new Bow skyscraper hovers in behind the space, so we took several long shots of the couple to incorporate it. The graffiti lies in the foreground, Kim and Lance are the focal points, and in the back towers the Bow building. We then backlit them in the alley to make the colours of the graffiti pop.

We emerged from the alley and focused on the Bow building, one of the most visible and impressive structures in the city skyline. The iconic building was completed in 2012, and at 774 ft., it stands as the second tallest building in the city. The crescent-shaped tower features diamond geometric patterns, and its great face gave us an epic backdrop. We began beside the Wonderland Sculpture, a head shaped art installation by Barcelona-based designer Jaume Plensa. We then shot the couple from the ground up, to get an idea of the sheer magnitude of the building’s apex. We finished up at the Bow building against the reflective glass.

The last stop of the shoot was at the SAIT parking garage, which turned out to be the perfect place to get out of the biting wind. This structure features a foray of photo opportunities, with beautiful vaulted ceilings and tall glass windows. We got some fantastic shots under the shelter, using the reflective space to bounce light around. We wrapped up the day with shots of Kim’s engagement ring against the smooth concrete.

That was the end of the session! Kim and Lance were such great sports about the weather. They were warm and down to earth people and a lovely couple. After the session, we headed out to the Original Joe’s in Kensington, where we reflected on the shoot over drinks.

There is an online gallery of all their images that will be available for the next 30 days. From the online gallery you are able to favourite images, order prints and share the gallery with your family and friends. The gallery can be accessed via the link below and you can contact Kim and Lance directly for their secure password.

We are so fortunate to have had the opportunity to photograph Kim and Lance’s engagement photos and we are really looking forward to joining them on their wedding day.

Some of my Favourite Photos from Kim and Lance’s Session 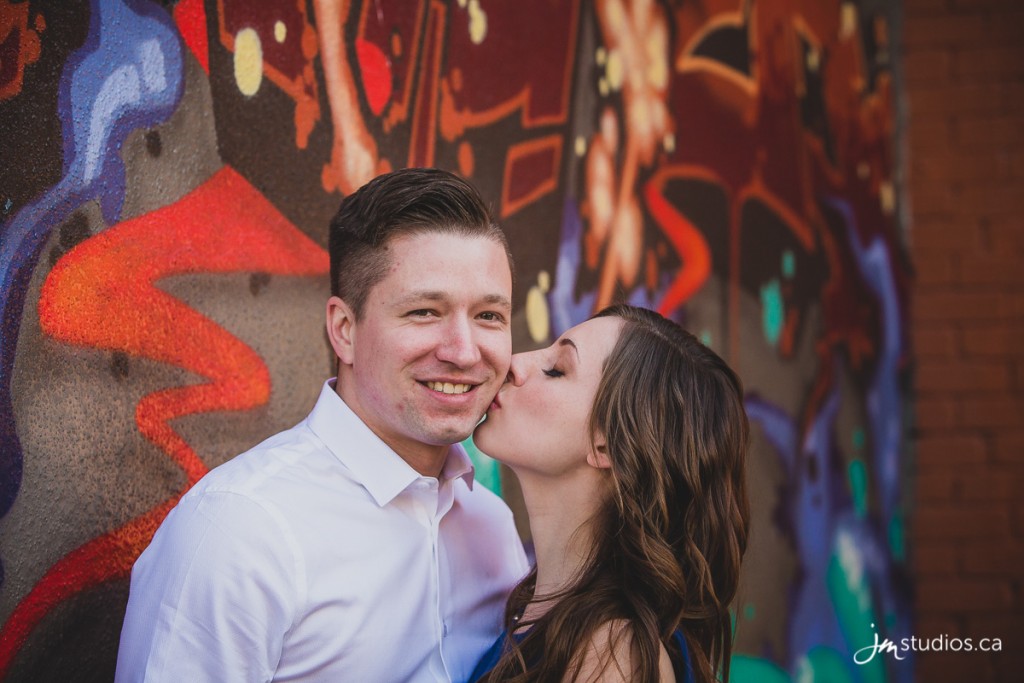 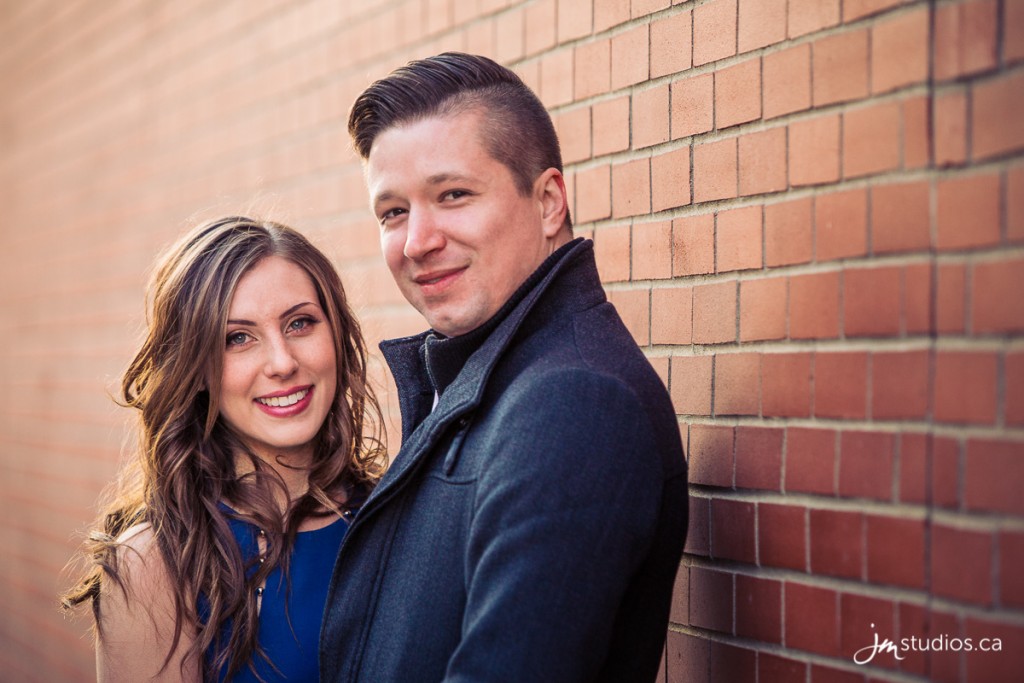 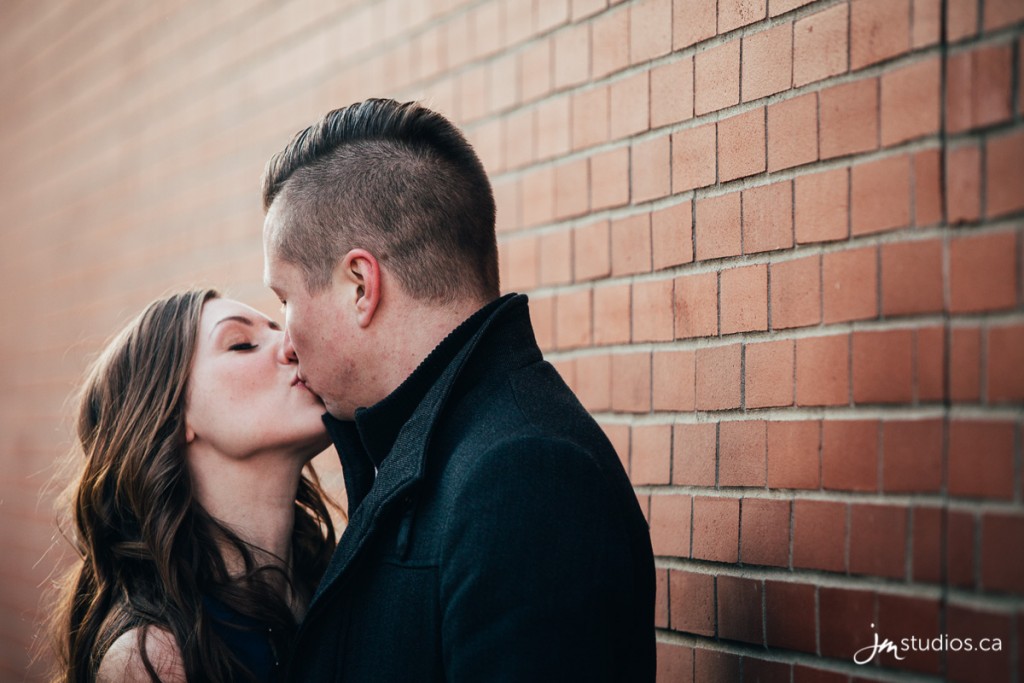 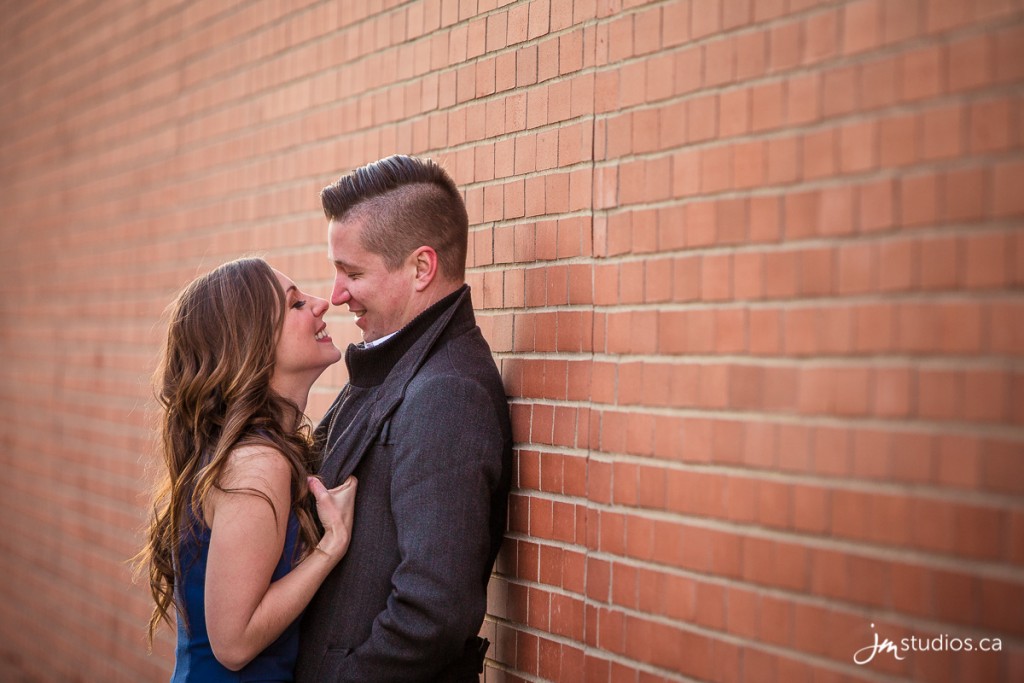 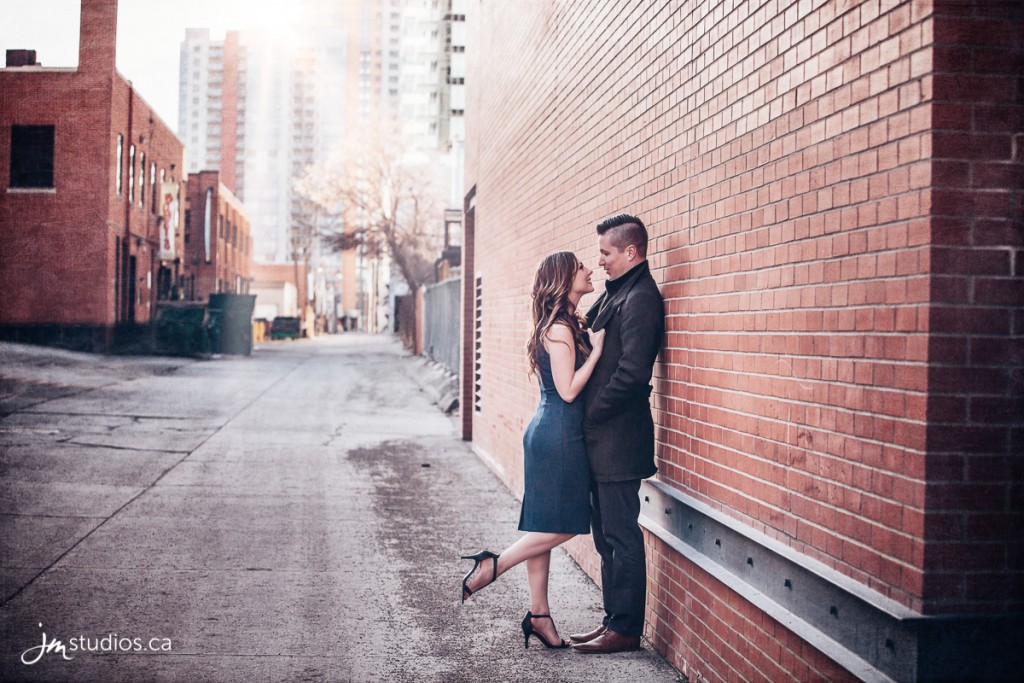 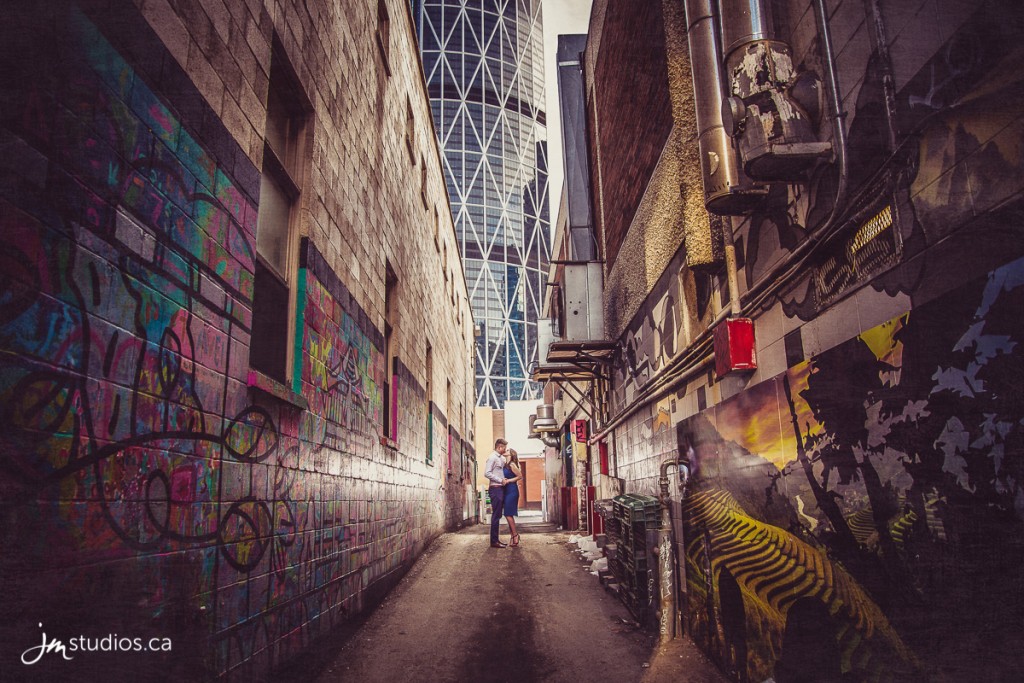 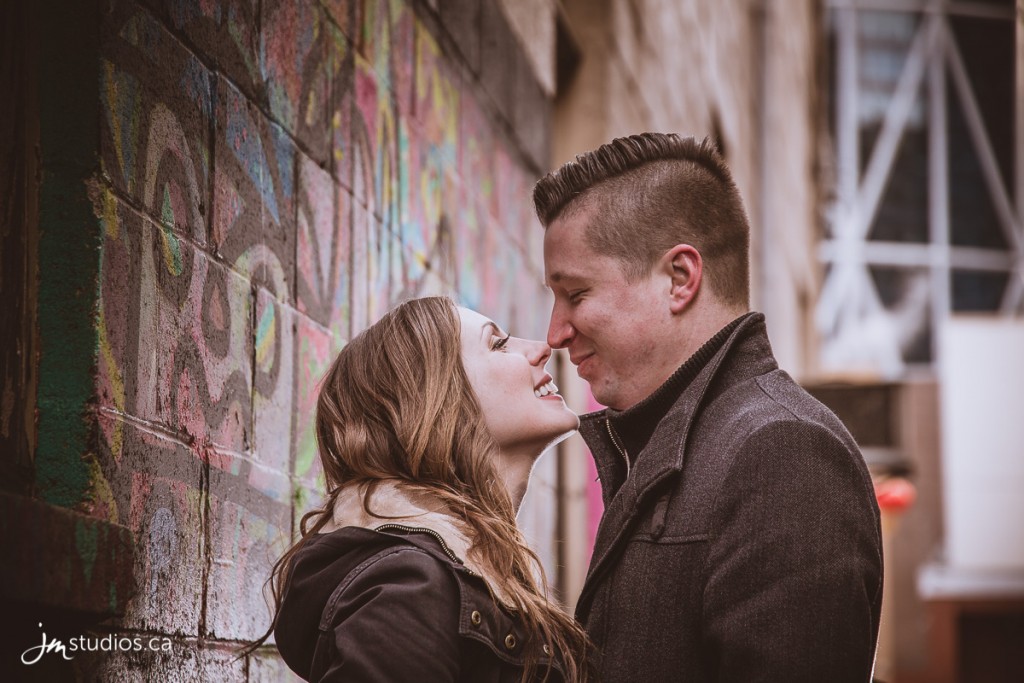 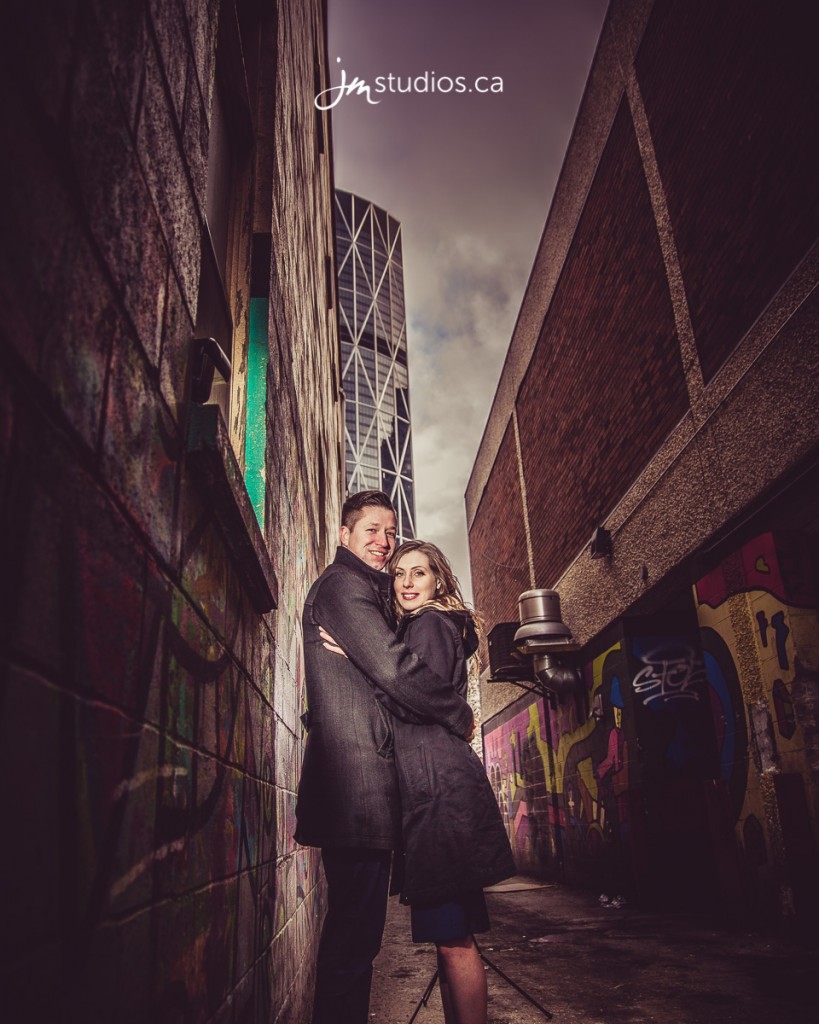 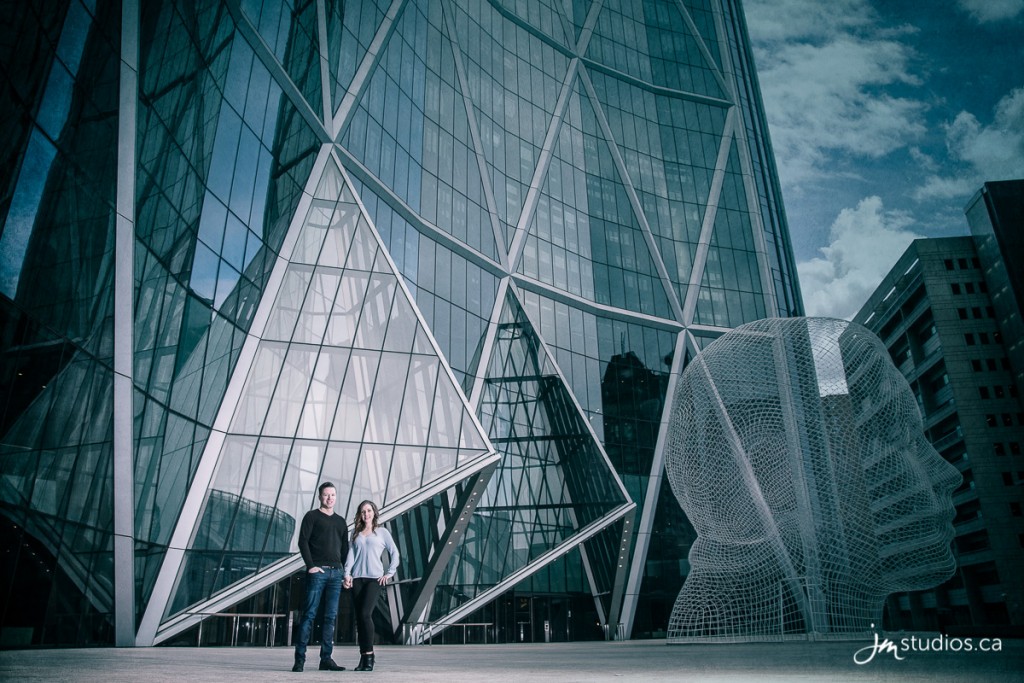 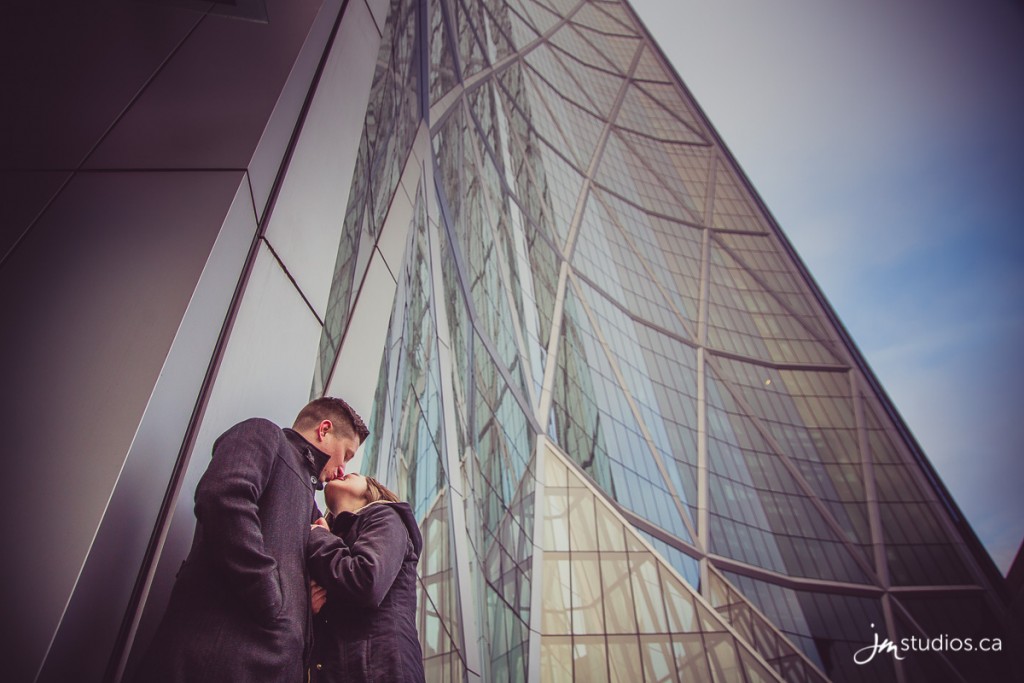 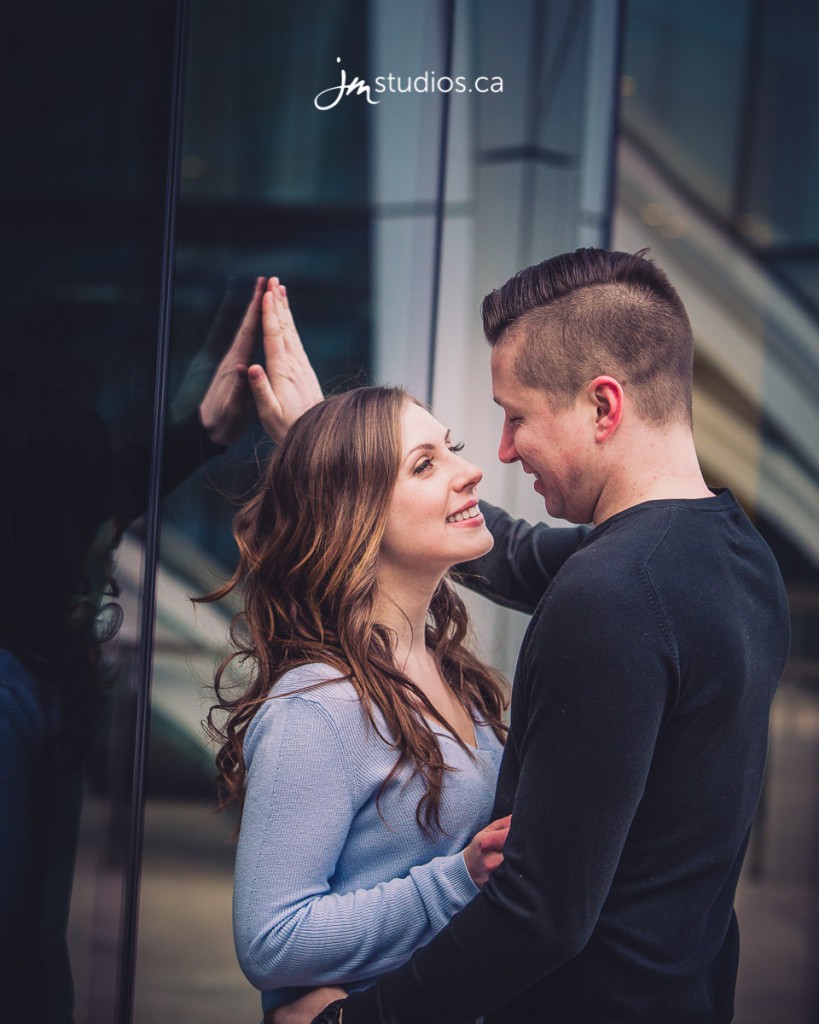 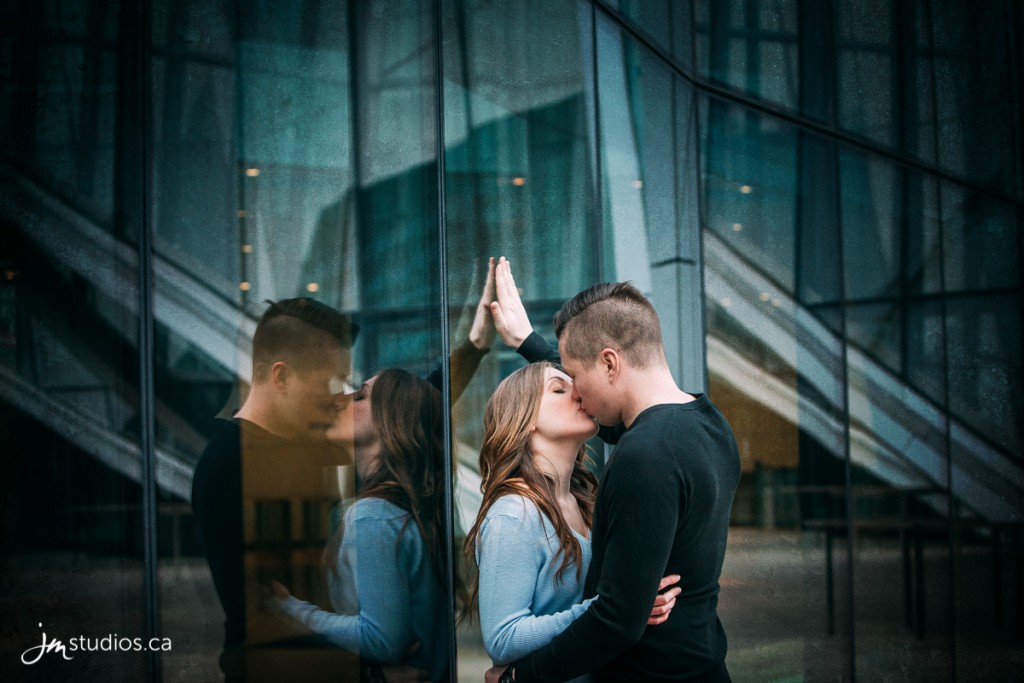 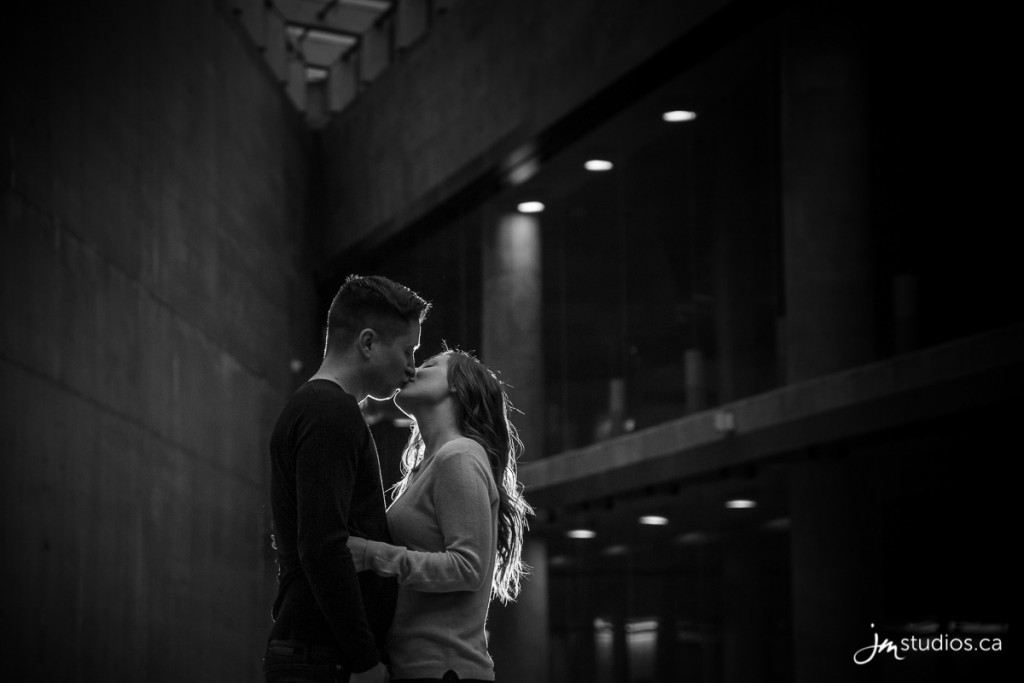 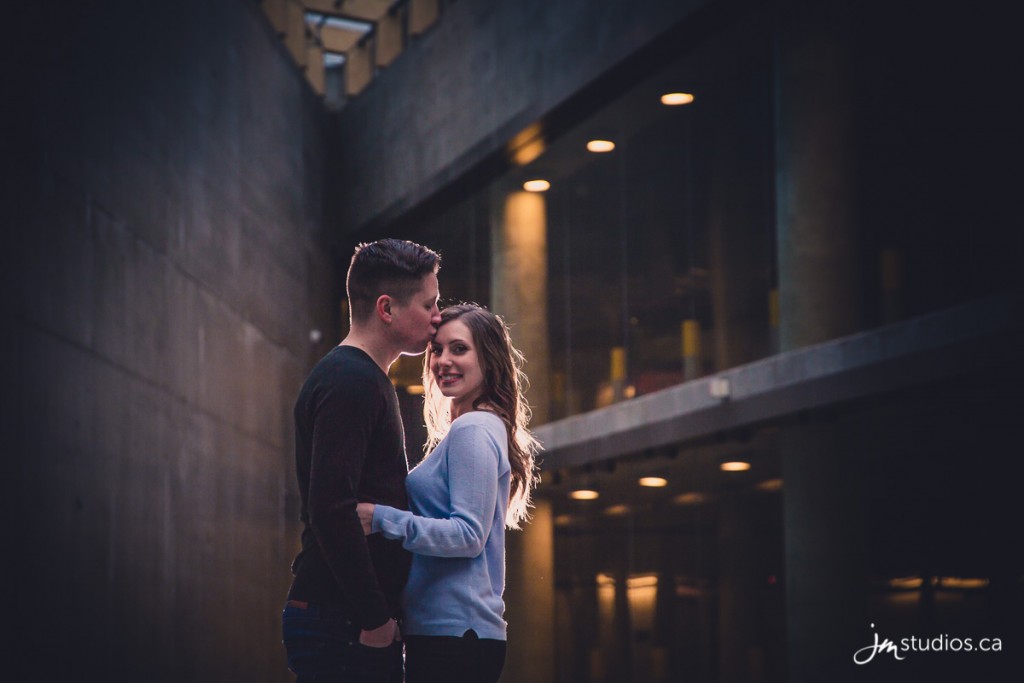 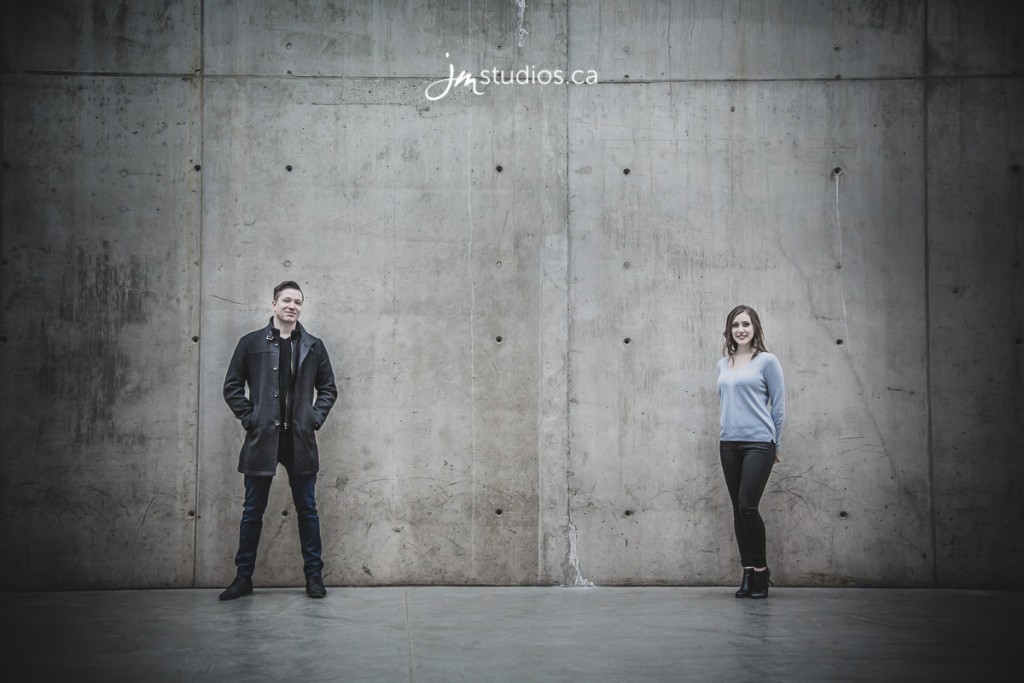 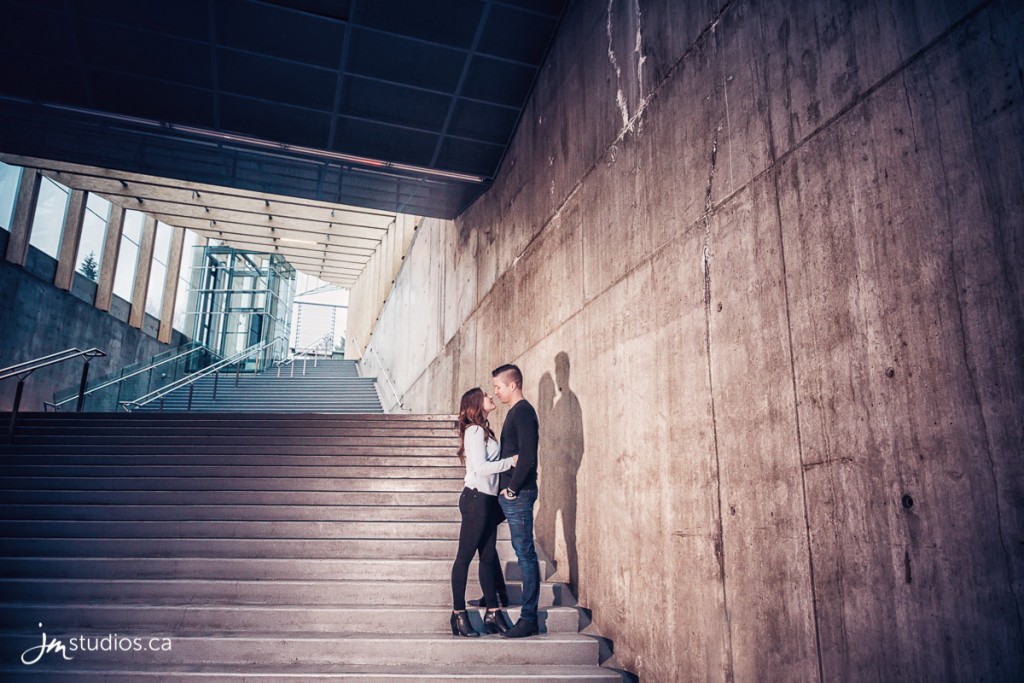 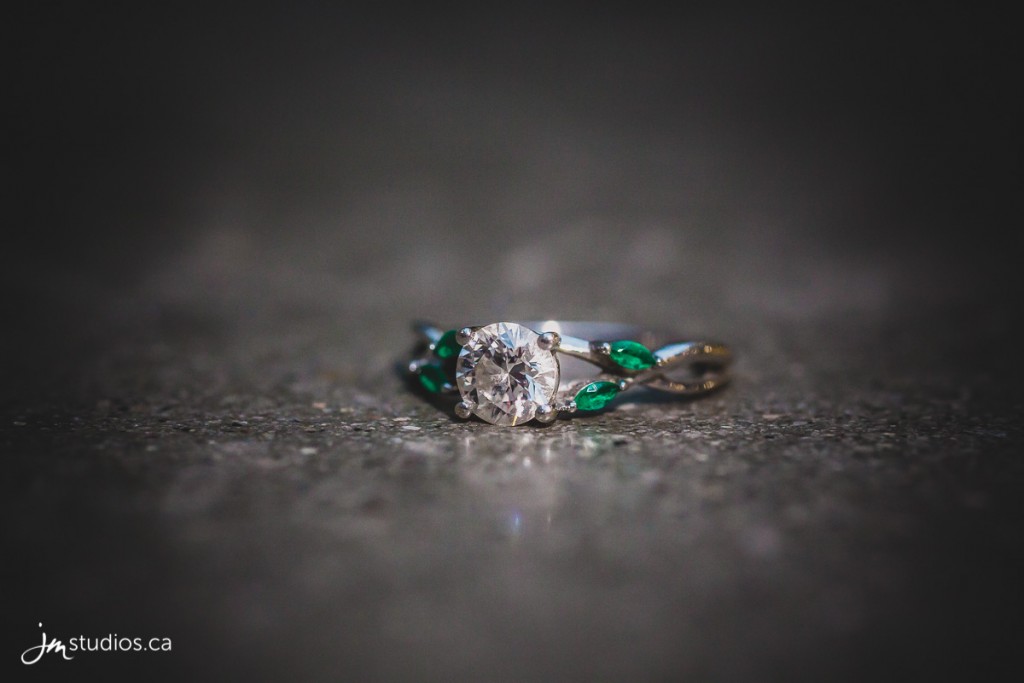 Jeremy Martel
A Calgary based wedding, family and event photographer that specializes in capturing the real moments of a couples story or event. He runs JM Studios and they offer couples, families, companies, corporations and brands the very best in modern photography. He began taking photos at 17 and has been captivated by mastering this art form ever since.
Recommended Posts
Showing 2 comments
pingbacks / trackbacks