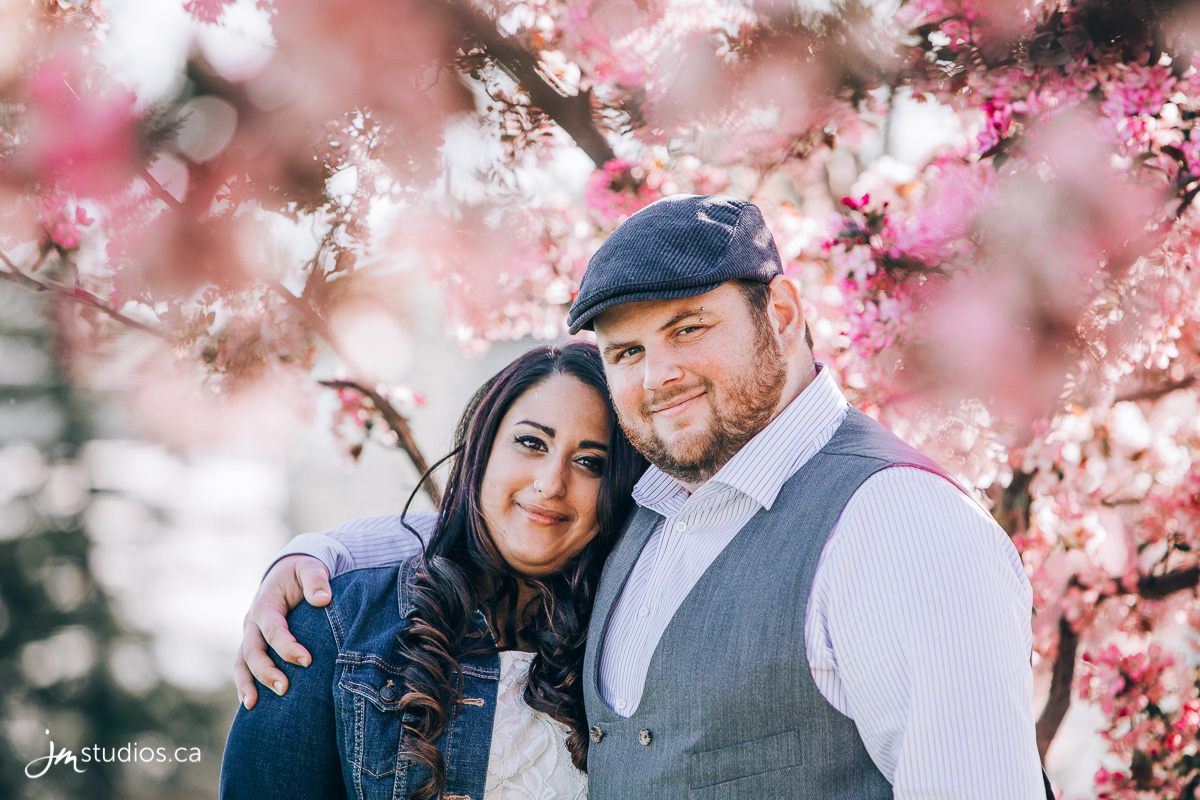 A Beautiful Day on the Bow River Pathway

Rakhi and Sean first met on Plenty of Fish, but it didn’t take much correspondence to set up their first meeting. They agreed on Tim Hortons, and upon meeting felt an immediate connection. They chatted over a beverage and hit it off. Rakhi’s plan for after the coffee was to go shopping to complete her Halloween costume. She was putting together a peacock costume for a Halloween party in Edmonton and needed to find blue leggings. After having such a pleasant afternoon together, Sean decided to tag along for the search, and the rest is history!

Fast forward to a year later. Rakhi and Sean were casually browsing engagement rings, and one seemed to catch Rakhi’s eye. Sean made a mental note, and the opportunity arose. Rakhi left the shop to buy a smoothie, and while she was away, he hurriedly made the purchase. She was usually on high alert when they went ring shopping, but she didn’t notice a thing.

During the Christmas season of the same year, the decision was made not to exchange gifts. However, as Christmas drew closer, Sean suggested they wrap something to put under the empty tree. They bought a few small things, including a Teenage Mutant Ninja Turtles Animated Series box set Sean had his eye on! They wrapped the gifts, or as Sean puts it, Rakhi wrapped the presents, and he watched. Once the beautifully wrapped gifts were under the tree, it was time for bed.

At first light, Sean woke Rakhi to open presents. They were hosting dinner that night, so she wanted to get some extra sleep, but he was insistent, and eventually, she rolled out of bed. She couldn’t understand why he was so excited to open the gifts they’d wrapped together… until she looked into the bonus room.

A giant box, taller than her, sat in front of the tree. Her first reaction was one of upset because she hadn’t gotten anything for him. They’d agreed, and now she looked terrible! But, he coyly assured her it was alright. She managed to get the box open and crawled inside, where she found piles of tissue paper and two bones for their puppies Monkey and Marley. She relaxed. This gift was for the dogs!

She bent down to give the puppies their new bones. Sean coaxed her to look at the collar of one of them. Fastened to the collar was the ring!

The Engagement Session along the Bow River Pathway

Initially scheduled for May 17th, the engagement session had to be postponed to the long weekend due to rainy weather. The decision paid off because we were treated to a gorgeous day, with great light, blue skies, and balmy temperatures. Because it was a holiday, the schedule was split up differently. Hair was done in the morning, makeup in the afternoon, and photos in the evening.

We arrived at their place around 6 pm for some family photos in the house. Their energetic puppies loved the company and would have been perfectly happy to forget the photo shoot and play all evening. When we had them tuckered out for a minute, we got some great shots of the two of them with their owners.

In the backyard of the house, a crabapple tree was in full bloom. It was buzzing with the activity of several busy bees, working hard to collect pollen and nectar. The backdrop of pink blossoms was gorgeous, and we didn’t even leave the back deck!

Once we finished up at the house, we headed off to the Bow River Pathway. There was some construction obstructing our way, but thankfully the spaces we had chosen to visit weren’t affected by the work. We wandered along the path and up onto the ridge, where we took several stunning shots of Rakhi and Sean against the Calgary skyline and the wandering Bow River.

After visiting a nearby field, we came across a bench overlooking the valley and a majestic solitary tree, where we wrapped up the shoot. As a finishing touch, once back at the vehicle we photographed their wedding bands atop a root that had grown up out of the earth.

We had an enjoyable evening with Rakhi and Sean, and we hope they love their images!