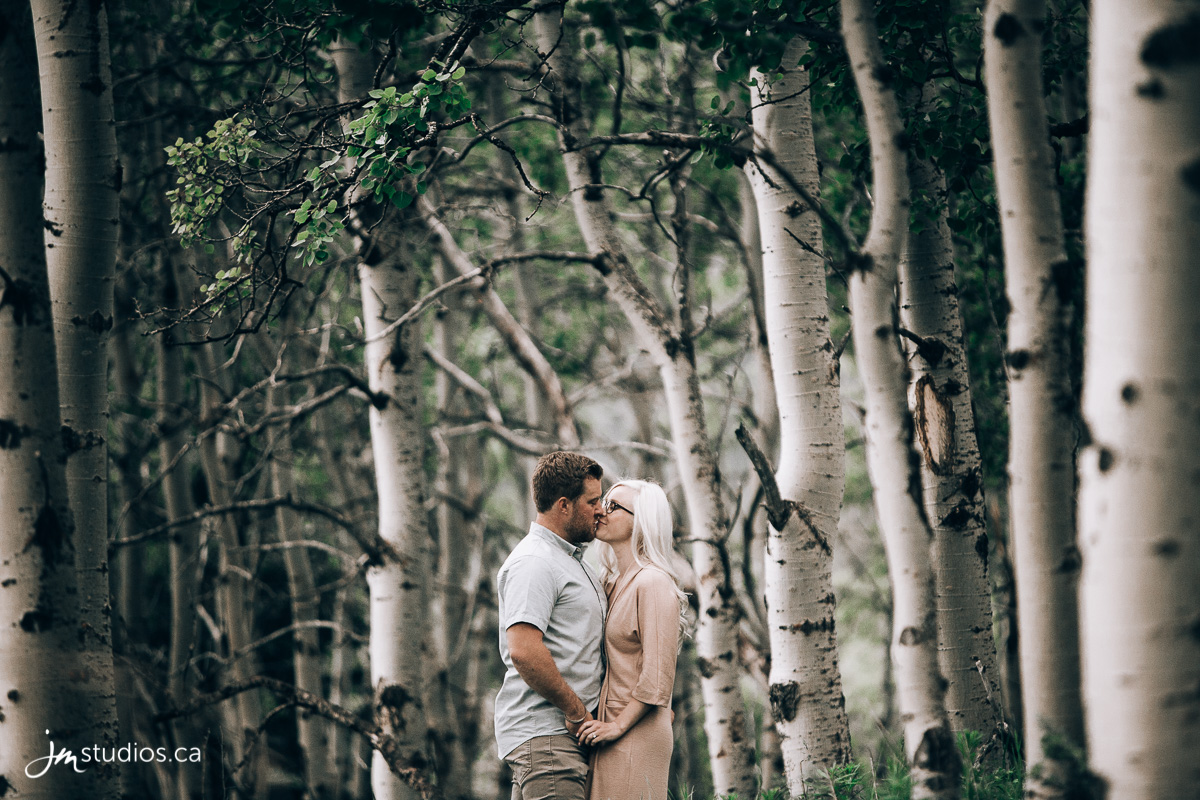 We met Emily and Devin after a long ride down a gravel road, to a pond hidden far beyond the highway. A small signed announce Bear Pond, a peaceful spot away from civilization where only Devin and a few others go to fish.

Devin and Emily first met through their parents on a camping trip. There was chemistry right away, and they began to see each other a little over 3 years ago.

Last winter, the couple went for a hike at Johnston Canyon in Banff National Park, despite frigid -31 C weather. They hiked through the canyon to the second set of falls; Emily wanted to stop and enjoy the beauty, Devin was on a mission. But, there was a crowd at the waterfall, so, much to Emily’s dismay, Devin quickly led her off the beaten path to a quiet spot in the woods. She was uncertain why he pulled her aside until he got down on one knee. Even though they had talked about marriage, she didn’t see it coming!

For their engagement session, the couple brought along their spaniel Piper, an adorable puppy with lots of energy. After the hike up to the pond, we used a few of the local canoes to take a trip on the water. We got some lovely shots of them on the pond, paddling against a backdrop of dense spruce forest. It’s the Canadian aesthetic!

Once they paddled back in, we took a long walk around the pond, using the incredible shoreline as the backdrop for more photos. Along the way saw both bear and wolf tracks!

After the walk, we let Piper burn off some energy, and photographed her playing and enjoying the area. Then, we headed back to the cars and drove up to a ridge that overlooked the entire valley. The location was absolutely gorgeous, and as the sun began to set, we photographed Emily and Devin, silhouetted against an incredible skyline.

We had a great evening with Devin and Emily, and hope they love their images!