The Winter After the Wedding 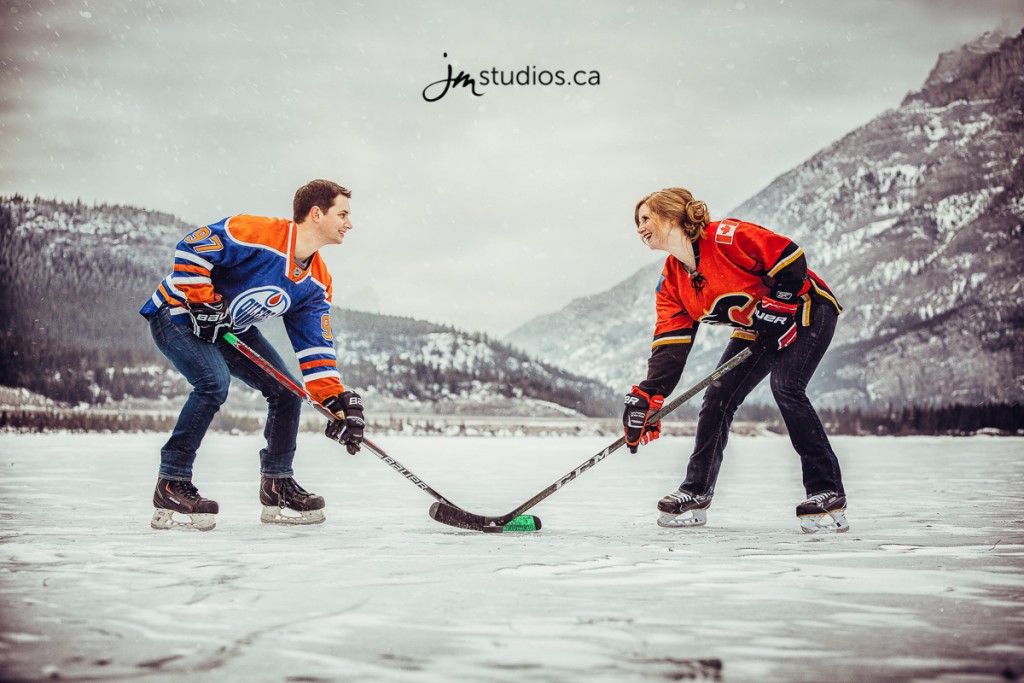 When Ben and Siobhan were married in September, they thought it would be great to do a follow-up session instead of an engagement shoot. So, we offered them an ‘I Still Do’ session, and they chose to offset their late summer photos with a session in the middle of winter, so that’s exactly what we did!

Ben and Siobhan’s story began when they first met in a university physics class. At the time they were both in relationships, so nothing came of it but a new acquaintance. Two years ago, while on a ski trip with the ski club to Sunshine, they met up again. Siobhan approached Ben, said hello, and opened the conversation by mentioning their mutual friend. The conversation went well, and Siobhan found herself wondering if he was single or not! Later that evening, after a few drinks, Ben joked that they should get married, because she was smart, fun, easy to talk to, a skier, and into sports. His ideal woman! And that’s how it began! They spent the next day on the hill together, and shortly afterward they met up for their first date.

On their second anniversary in April, they were back at Sunshine Mountain on holiday with their friends Mike and Erin. This time, Ben had a plan.

When Ben first asked Siobhan out, he wrote her a math poem. So, to ask her to marry him, he revisited the poem. With the help of his friend Mike and the kind people at Sunshine, he wrote the poem out on signs. Then, he laid the signs out along the Great Divide, all the way down the hill. Meanwhile, Erin was stalling Siobhan with a long lunch.

Then, it was time for Siobhan to go for a run down Angel. As she skied, she began to notice her poem peppered along the hill. By the time she reached the bottom, she knew something was up! But she didn’t want to get her hopes up, just in case.

Her worries were for naught. As she skied over to him, he got down on one knee and proposed!

The ‘I Still Do’ Session at Lac Des Arcs

We began the session out at Lac Des Arcs, a lake that is part of the Bow River system, 20 km east of Canmore. The lake is a major stopping point along the Trans Canada Highway and serves as a great summer and winter destination. At this time of year, because of the low temperatures, the lake freezes solid, which was perfect for our shoot. Ben and Siobhan love the mountains and being out in the fresh air. They are also both big hockey fans. Ben has played for almost 20 years, so he felt comfortable out on the lake, which for our purposes served as a big rink!

When we arrived, we were met with perfect weather. There was just enough cloud cover to perfectly diffuse the light for our shots. The sky was muddled gray and gave us a unique sky for our backdrop.
Siobhan had a great idea for the session. She and Ben wanted to get back into their wedding attire for the shoot, so they did just that. We got some spectacular photos of the couple dressed up as they had been on their wedding day. This time though, they were out on a frozen lake. The resulting photos are one of a kind.

Siobhan also wasn’t too concerned about getting her dress dirty. We found a neat rock formation for her to climb on, and we got some great shots of her lying in her wedding dress on the edgy rocks.

Lacing Up the Skates

Then, the hockey players came out. Changing out of their formal wear, Ben and Siobhan shimmied into their hockey jerseys. Ben, being an Edmonton boy, is an Oiler’s fan. Siobhan, being a Calgary girl, loves the Flames. So, the stage was set for the husband and wife team to face off on the ice! Despite the natural rink being uneven, they managed to play a little hockey, complete with sticks and pucks. We even staged a fight where they threw the gloves, but instead of throwing punches, they shared a kiss.

Wrapping Up in Canmore at Policeman’s Creek

After that, it was off to Canmore and Policeman’s Creek, which has several marvellous shooting locations. The creek was as still as glass, giving us gorgeous crisp reflections of the couple and the mountains beyond. Ben and Siobhan took a stroll up over the bridge that spans the creek, and we followed them into a grove of trees. Using some light, we backlit them amongst the pines. The pictures of Ben and Siobhan’s ‘I Still Do’ session turned out great, and the weather was absolutely perfect!

There is an online gallery of all their images that will be available for the next 30 days. From the online gallery you are able to favourite images, order prints and share the gallery with your family and friends. The gallery can be accessed via the link below and you can contact Siobhan & Ben directly for their secure password.

Some of my Favourite Photos from Siobhan & Ben’s Session 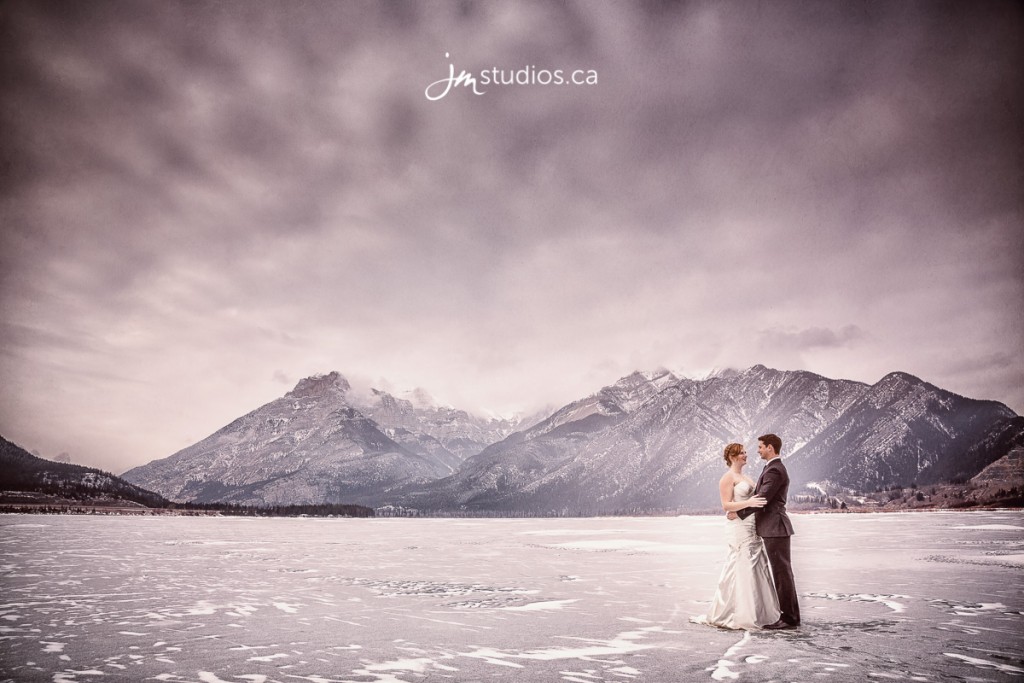 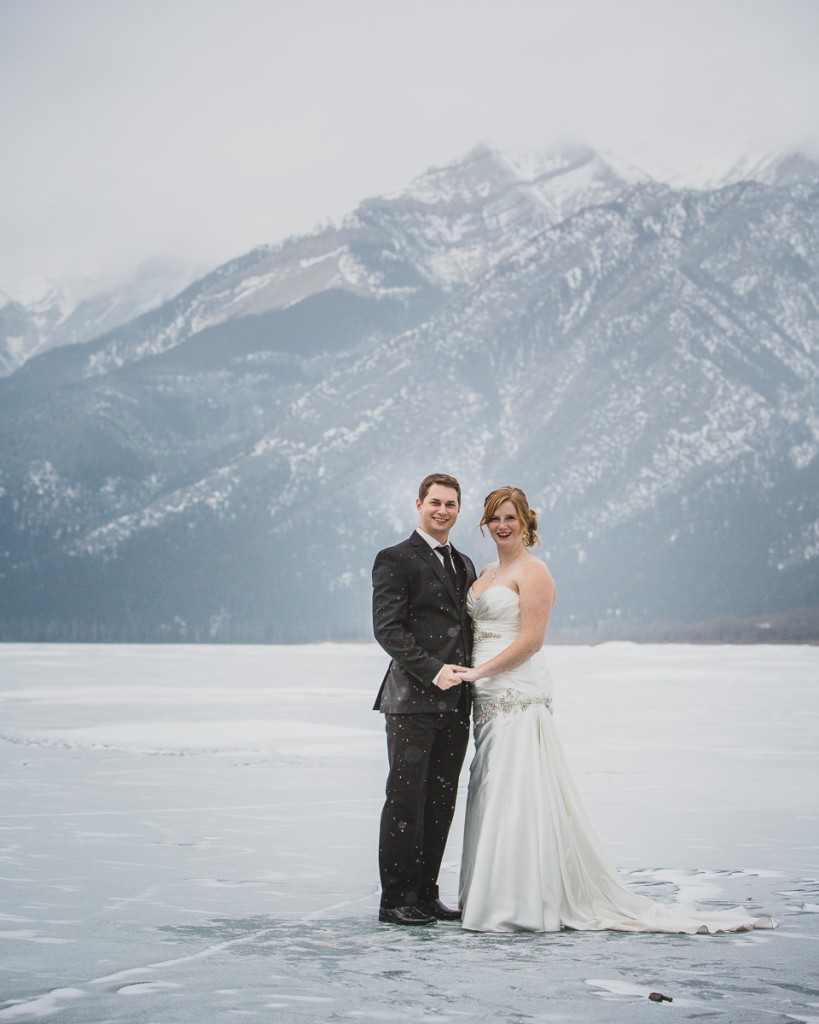 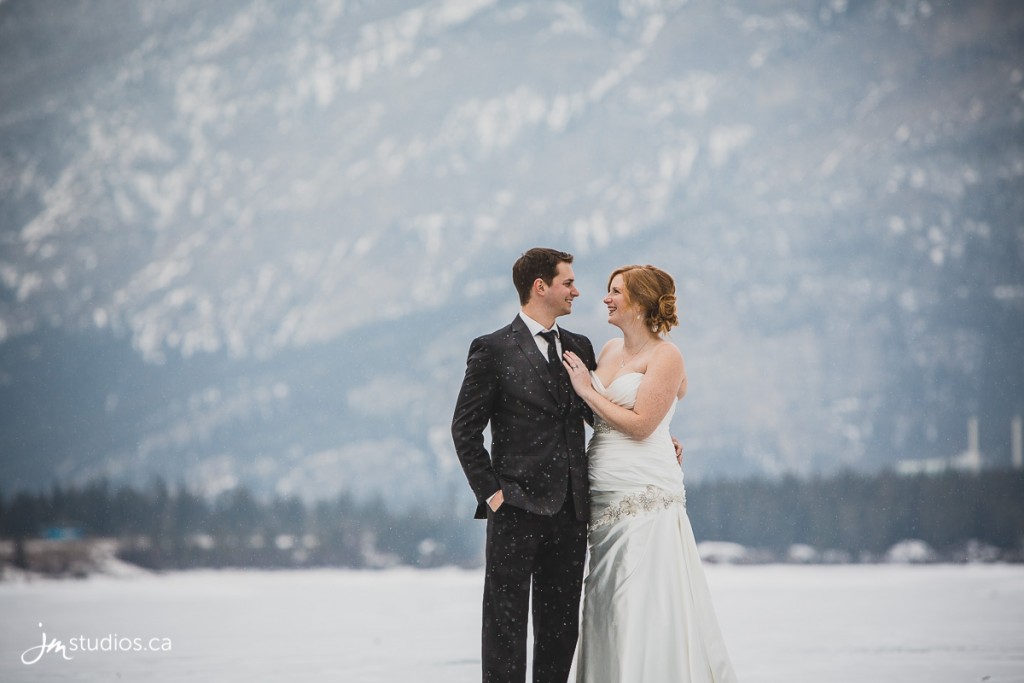 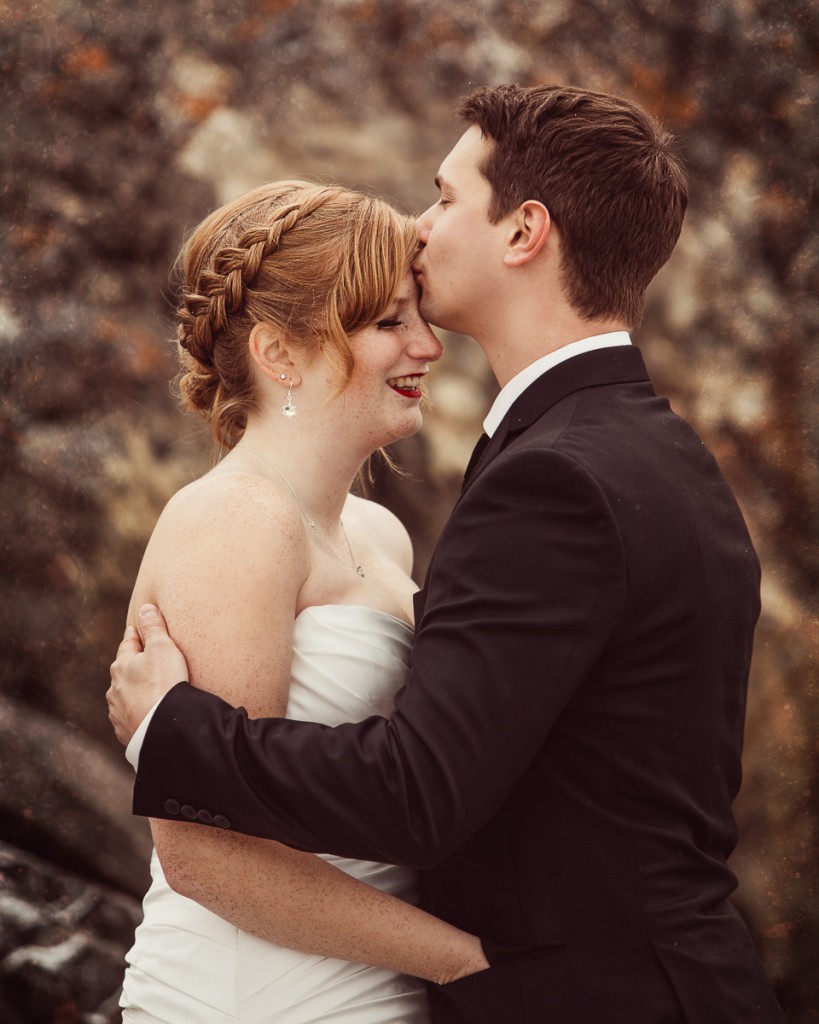 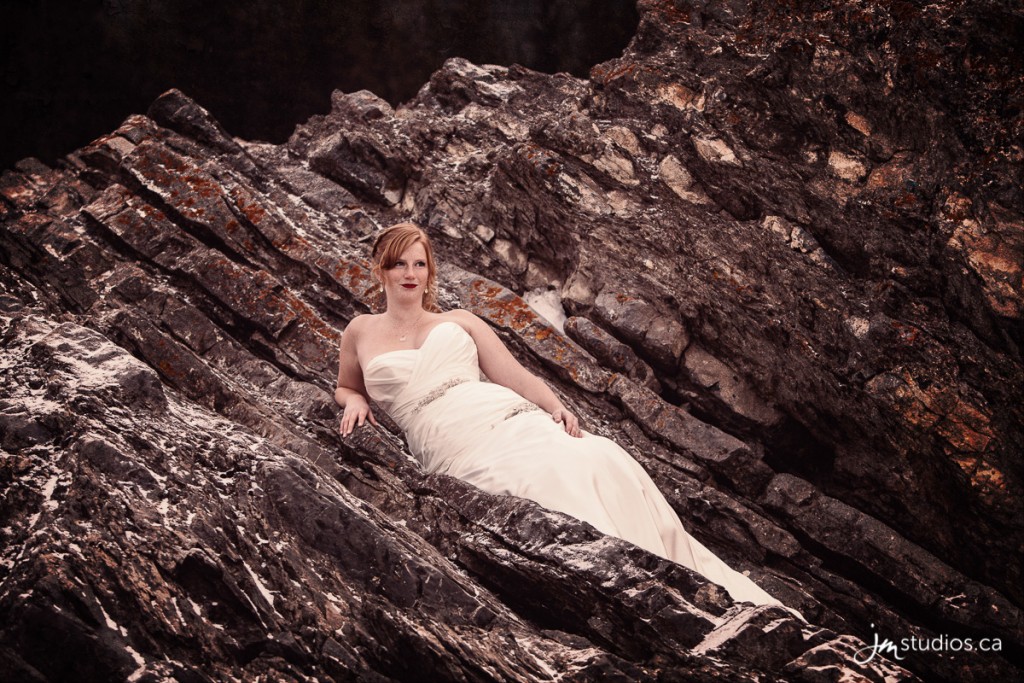 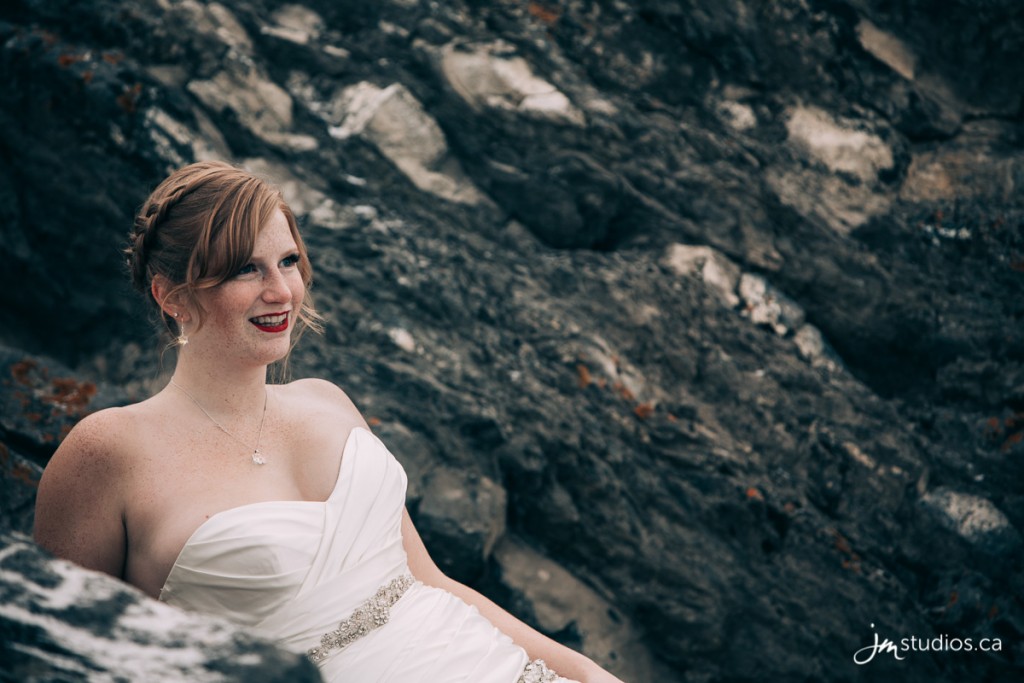 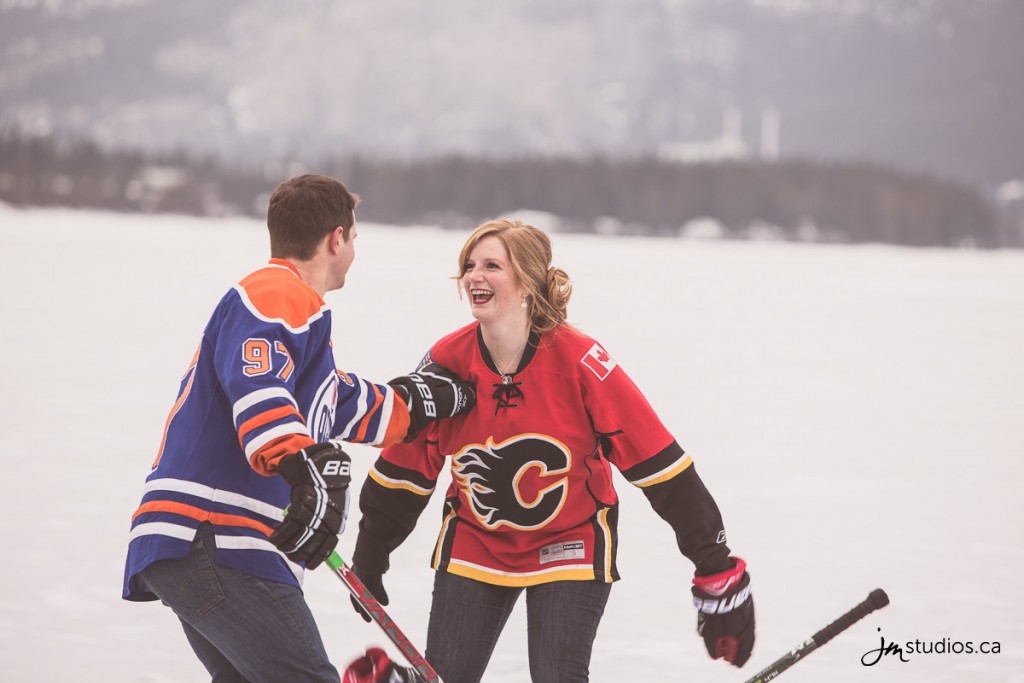 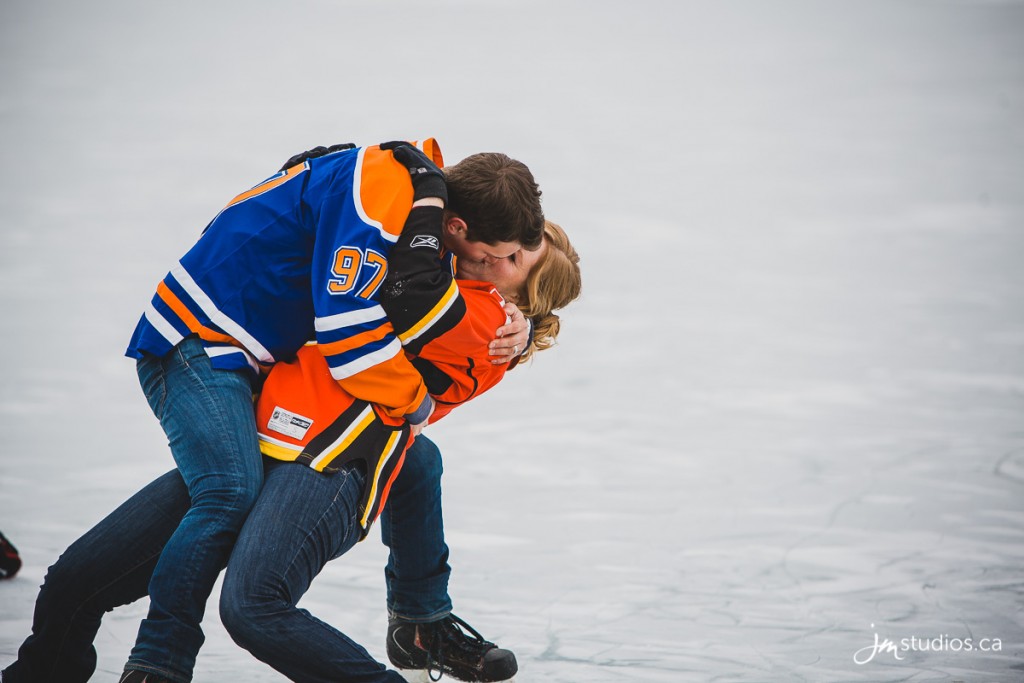 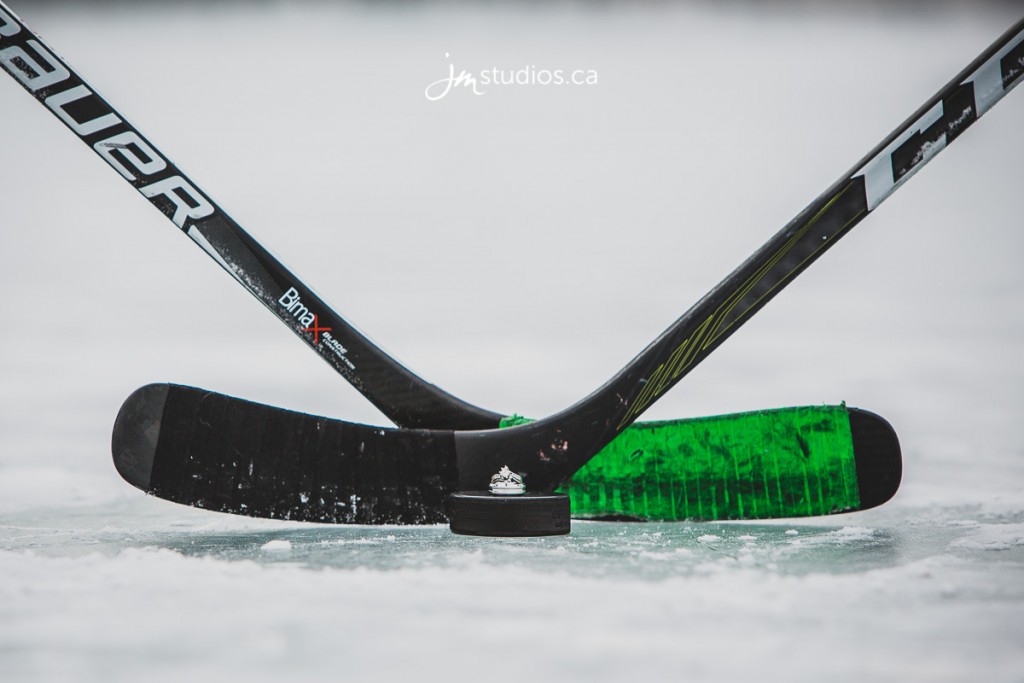 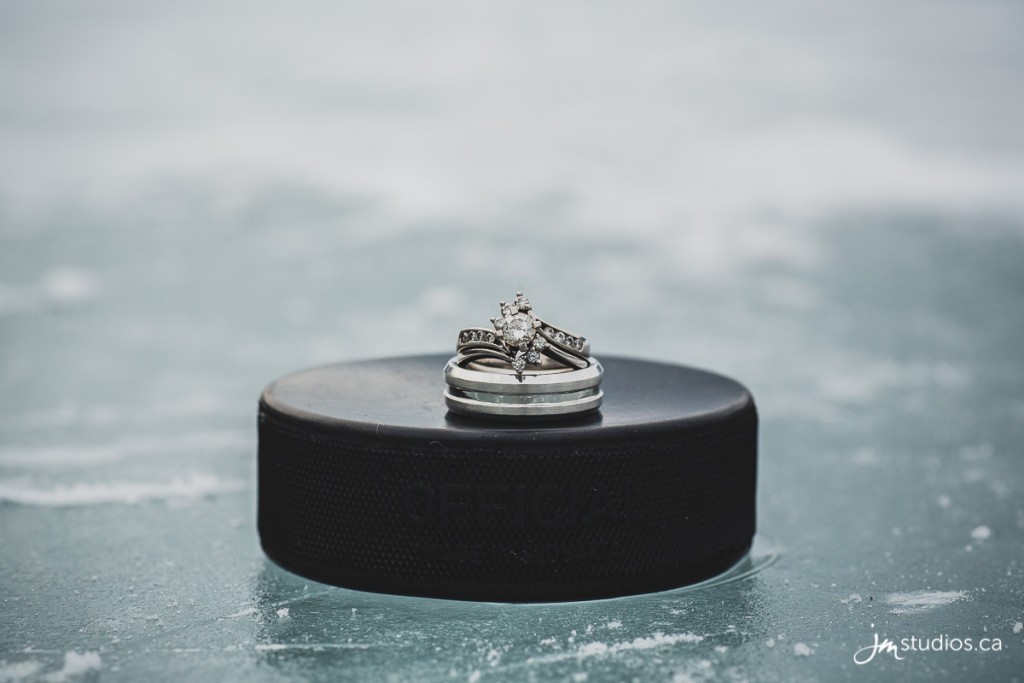 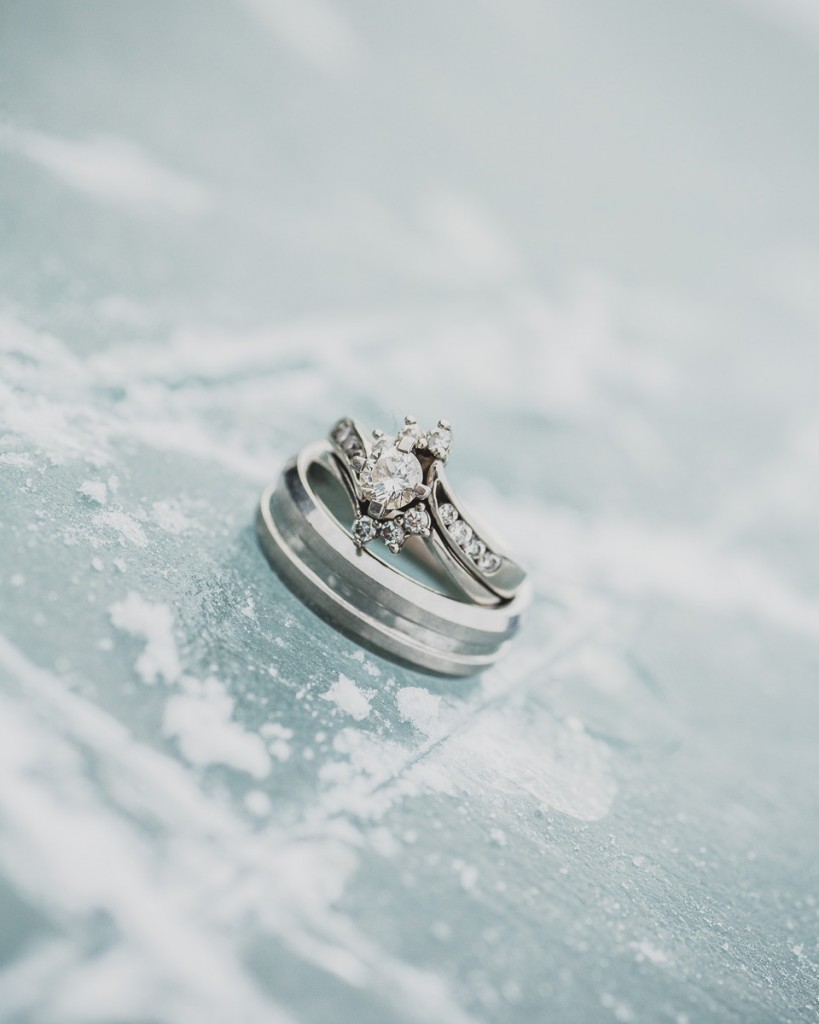 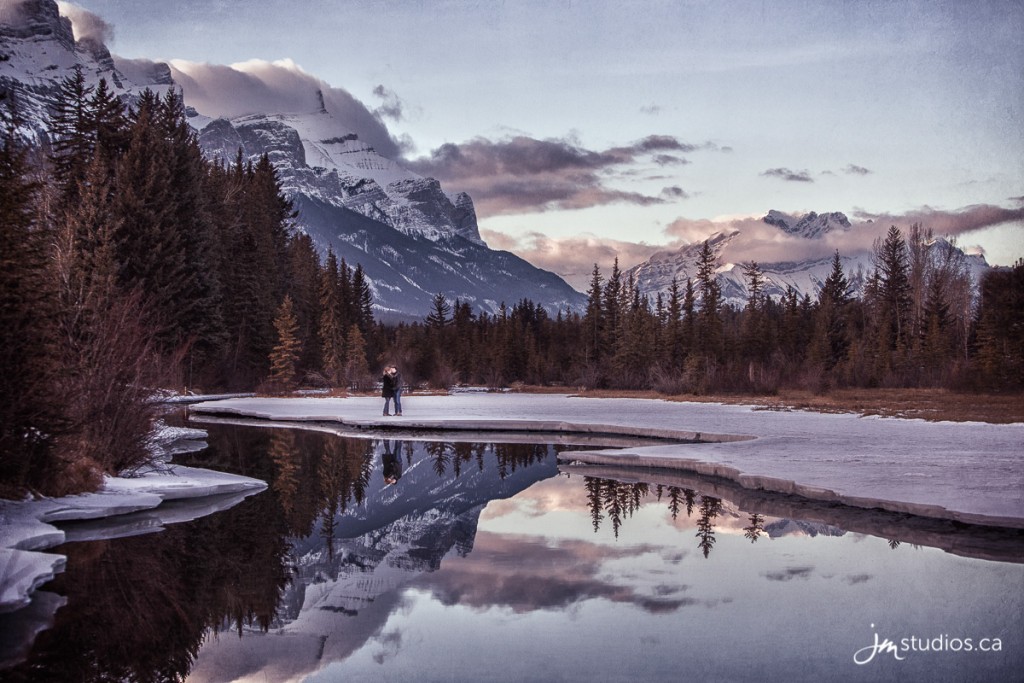 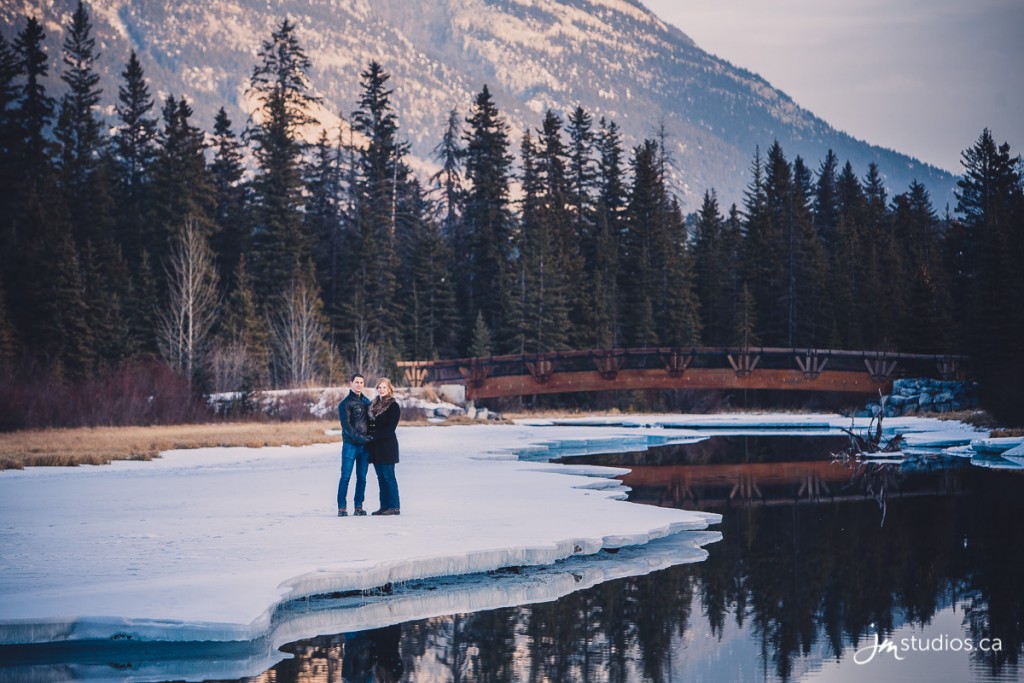 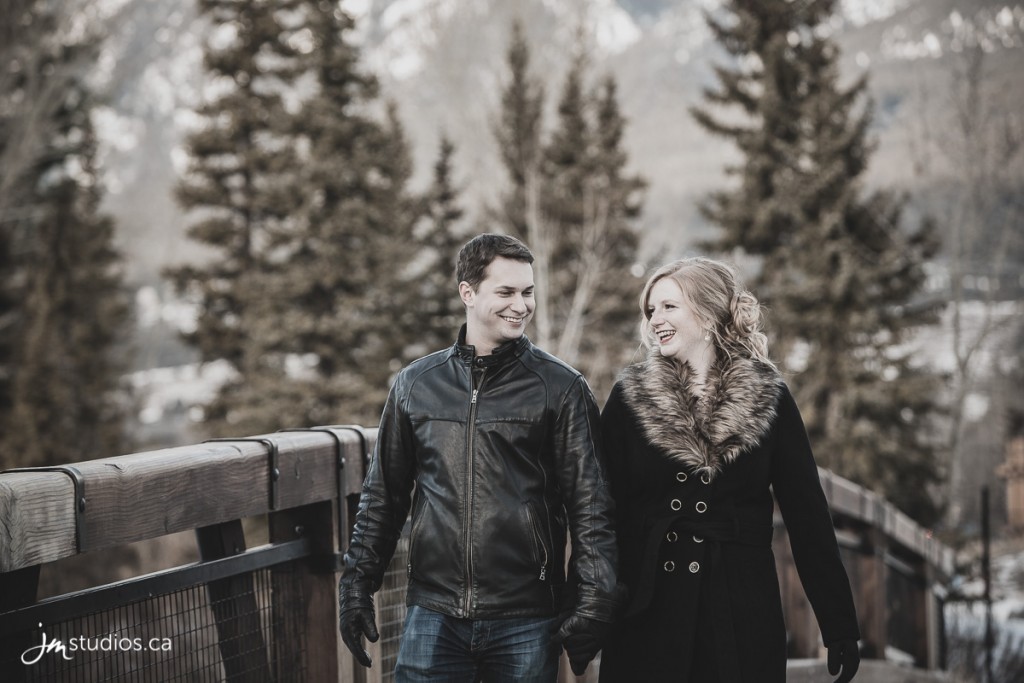 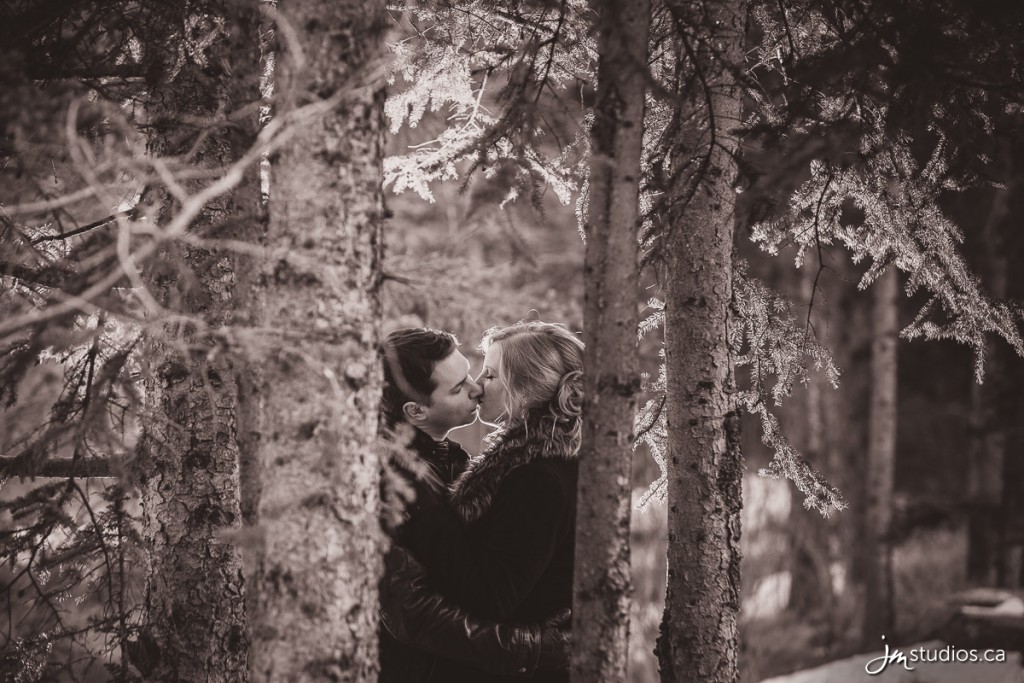 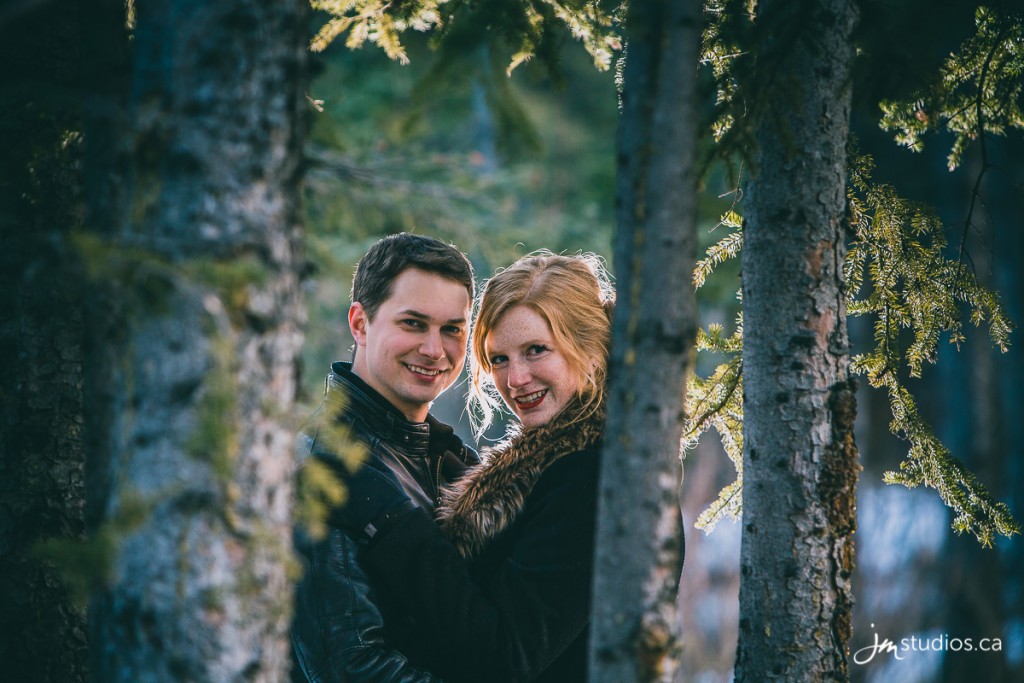 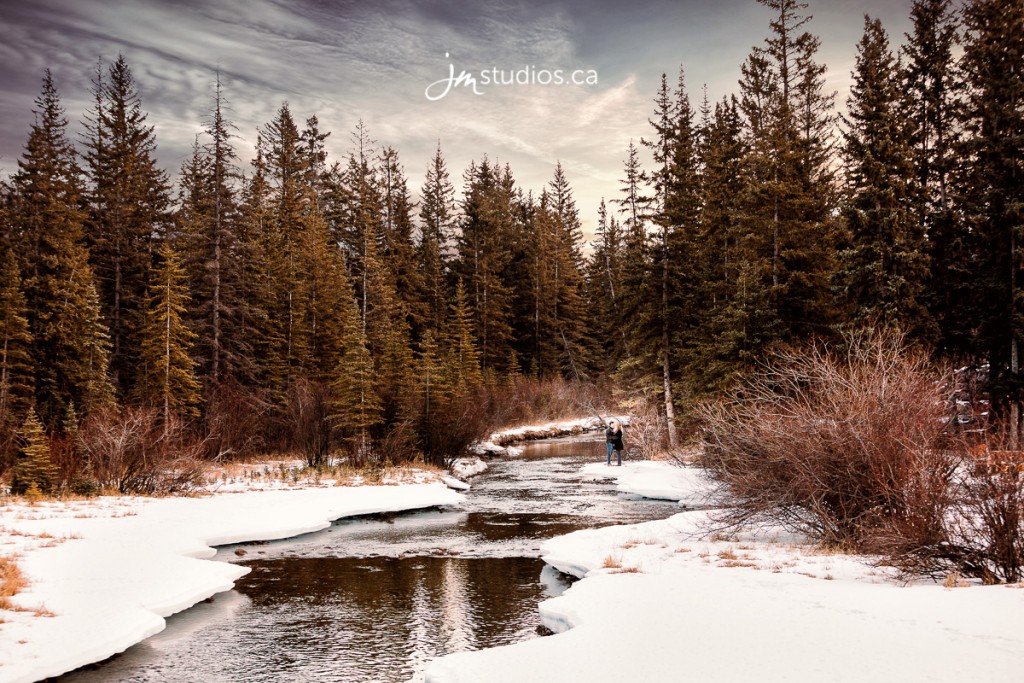 The Nay I Still Do Session Credits

Meta Description: No slideshow
Check out some of the beautiful images from Siobhan & Ben’s I Still Do Session at Lac Des Arcs > Wedding Photos Banff by JM Photography