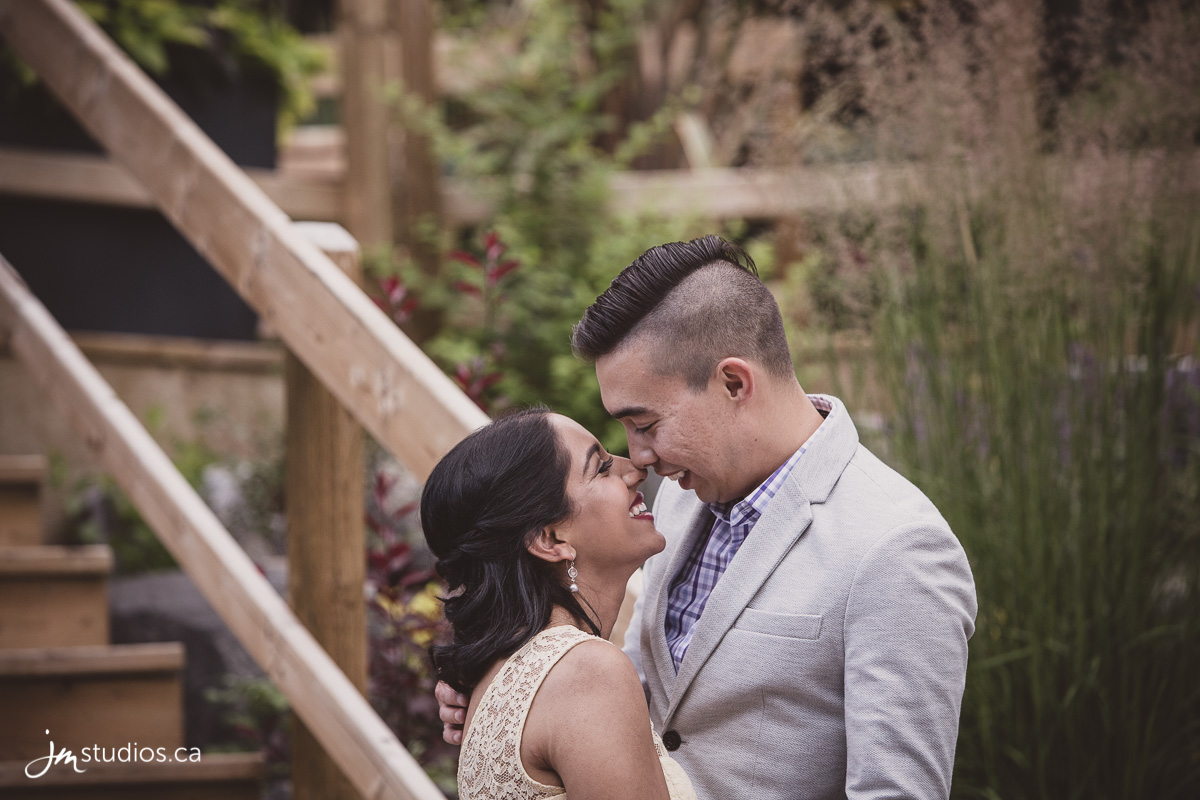 A Photogenic Day at Confederation Park

When Neena and Sean Met

Sean and Neena first met on the dating app Bumble, and it didn’t take long for them to set up a date to see if they had a connection. They went to the trendy Alforno Bakery & Cafe in Eau Claire, and while he felt an immediate connection, Neena wasn’t sure that he was interested. However, the misconception was cleared up quickly, and their relationship blossomed from there.

In November of 2017, Neena already had the sense that the engagement was coming. They had casually looked at rings, and she had written down a few of her choices for him. So, with paper in hand, he entered the shop and found the one.

Not long after, Sean and his friends were preparing to head to Portugal. He hinted strongly that she should come along, which is what initially tipped her off to his plan. He didn’t let his friends in on the secret but knew they would have their cameras at the ready when the time came.

One afternoon on holiday, as high tide was climbing up the sand, the group suddenly had the beach to themselves. Sean noticed an opportunity and jumped on it. He dropped his knee into the sand and proposed!

The Engagement Session at Confederation Park

For their engagement session, we met in the parking lot of the Rosemont Community Centre and walked into the west end of Confederation Park. The 162-hectare park, known until then as the “North Hill Coulee,” was created in 1967 to mark the centennial of Canada’s confederation.
As we walked into the park, we passed a baseball diamond and climbed into the bleachers to kick things off. Sean played a lot of baseball as a kid and into his teens, so the first shots were a nod to his past.

Just behind the bleachers stretched a grassy knoll, surrounded by tall trees and warmed by sunlight. We grabbed a few shots there, before relaxing on a bench that overlooked the park’s central stream.

The trees of Confederation Park are quite established, most of them towering over the people who come to relax in their shade. We had the couple climb into a particularly large one, letting the lush, almost tropical foliage frame them. Next, we headed down an alley that ran beneath the trees, stopping at a bridge nestled between the branches. Sean dropped to one knee and mock proposed for a few shots.

We passed beneath 10th Street to the east end of the park, where we came upon another baseball diamond and a Rec Centre. Neena and Sean changed into their second outfits, and we photographed them on the Rec Centre’s wooden stairs. The skies were growing dark, and in the distance, thunder and lightning threatened to bring the session to a close. Luckily, the rains held off, and the approaching storms meant we got some dramatic skies as a backdrop!

To finish the session, we stood the couple under those dark and stormy skies and backlit them in front of a set of dense pine trees. As they walked along the pathway to return to the vehicles, we set Neena’s ring on the shiny, pebbled concrete for a few glamorous shots as it sparkled.

Sean and Neena are fun and easygoing, and we enjoyed the day with them. We hope they love their images from Confederation Park!

The Near Engagement Session Credits