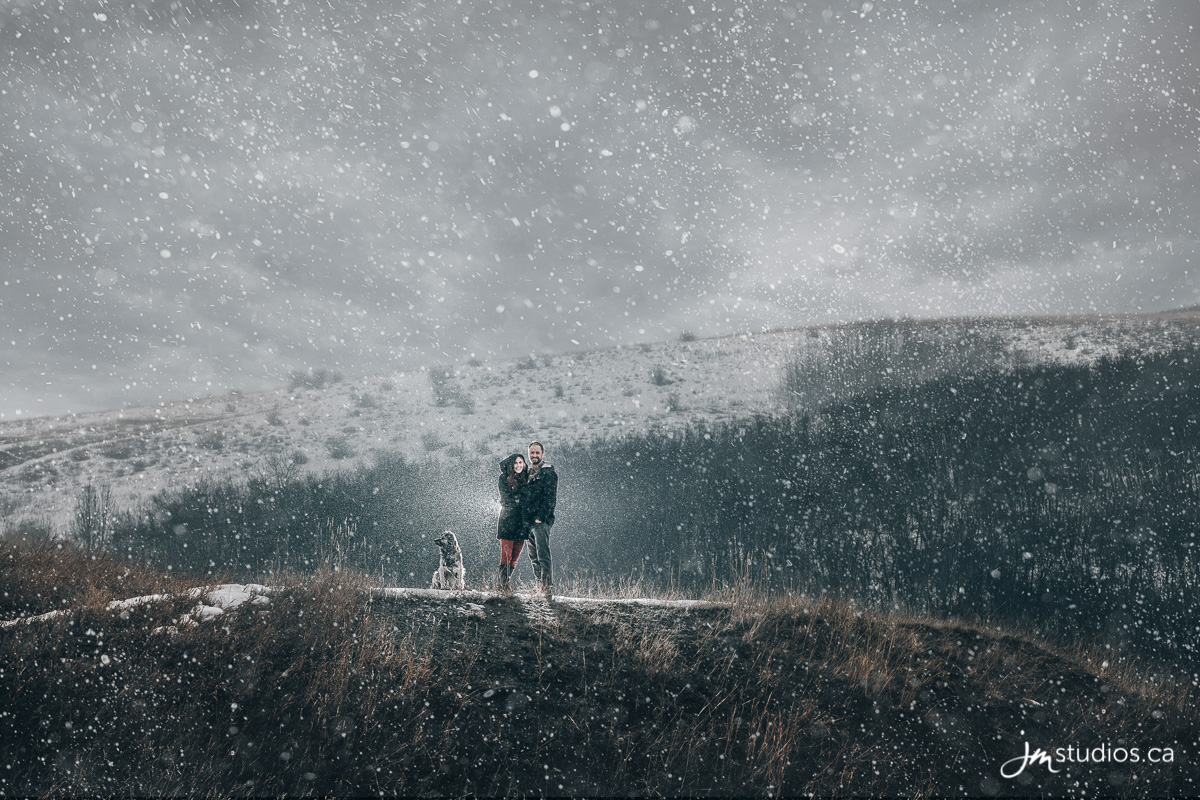 I’ll Give You A Castle

In April of 2014, Heather and Andy’s mutual friends set them up for a date. When they arrived at the dinner party, it was clear that everyone knew they were set up, so things were suitably awkward. They had a few conversations, but Andy didn’t think he made a good first impression with Heather. They kept in touch, and after a few months, and a few dates, they were ready to become a couple… officially. It turns out, he made a good impression after all.

Taking it to the Next Level

In 2017, the pair were doing some travelling together. Heather was in France with a friend, and Andy was going to meet her for a tour of Germany.

The day she was supposed to catch her plane, she sent him a quick message to inform him that she had rolled her ankle so that the sudden appearance of her crutches wouldn’t startle him. She conveyed the news and left her phone behind as she headed out for the evening. When she returned, her phone was lit up with nearly forty messages! Andy was concerned and had been trying to get ahold of her all evening. He had even called her dad, who in turn grew worried. She reassured them that she was ok, and flew out to Germany after a rather dramatic start to the holiday.

Andy’s initial intention for the proposal was on a hike up the hills, but after some pondering, he decided it wasn’t the right spot. He wanted it to be perfect and was putting a lot of pressure on himself to make it so. Now that his plans had changed, he wasn’t sure what to do, and his uneasiness continued until they found themselves cruising up the Rhine. Watching the towns and castles as they drifted past, he had a sudden inspiration.

The cruise of the Rhine that Andy and Heather were on had a system in place to inform passengers as castles approached. One of the upcoming castles seemed like the perfect place to propose, so Andy encouraged Heather to head up on deck with him for photos. In the fresh air, Heather joked that she would love to have a castle. Andy responded, telling her she could have a castle… she could have anything she wanted for the rest of her life… and then he dropped to one knee.

Before she could react, Andy’s nerves got the better of him. A proposal tumbled out of his mouth, he stood and quickly handed her the ring box.

“Are you proposing right now?” she asked. He replied yes, and she promptly told him to take the box, get down on one knee again, and put the ring on her finger!

Calgary was again cold, snowy, and little on the miserable side, but Heather and Andy didn’t let it stop them. For the engagement session they brought along their dog Cinder, so we took them to the north end of Nose Hill Park where the trio frequently walk. The park is popular with dog owners, as it features multiple off-leash areas and many hiking trails within an 11-square-kilometre radius. The grasslands of Nose Hill Park, one of the few remaining grassland ecosystems of this magnitude in the prairies, made the perfect location for pictures. The hill is one of the last remaining examples of high plains which once covered the area, and ancient rivers and glaciers have carved the area into the valleys and lowlands we see today.

We climbed up along the ridge and discovered an incredible view of the snow-dusted hills in the valley. The snow began to float down, so we backlit the couple, creating a magical halo in the snowflakes around them. As their breath drifted amongst the grasslands, we had them snuggle up to Cinder, garnering some beautiful family shots. We used this gorgeous area as our primary backdrop and photographed the fiancees in the soft romantic light.

We had a great time with Heather and Andy, and it was a pleasure getting to know them and their story. We hope they love their images as much as we loved taking them!