The Varner’s Mountain Wedding at the Vermilion Lakes in Banff 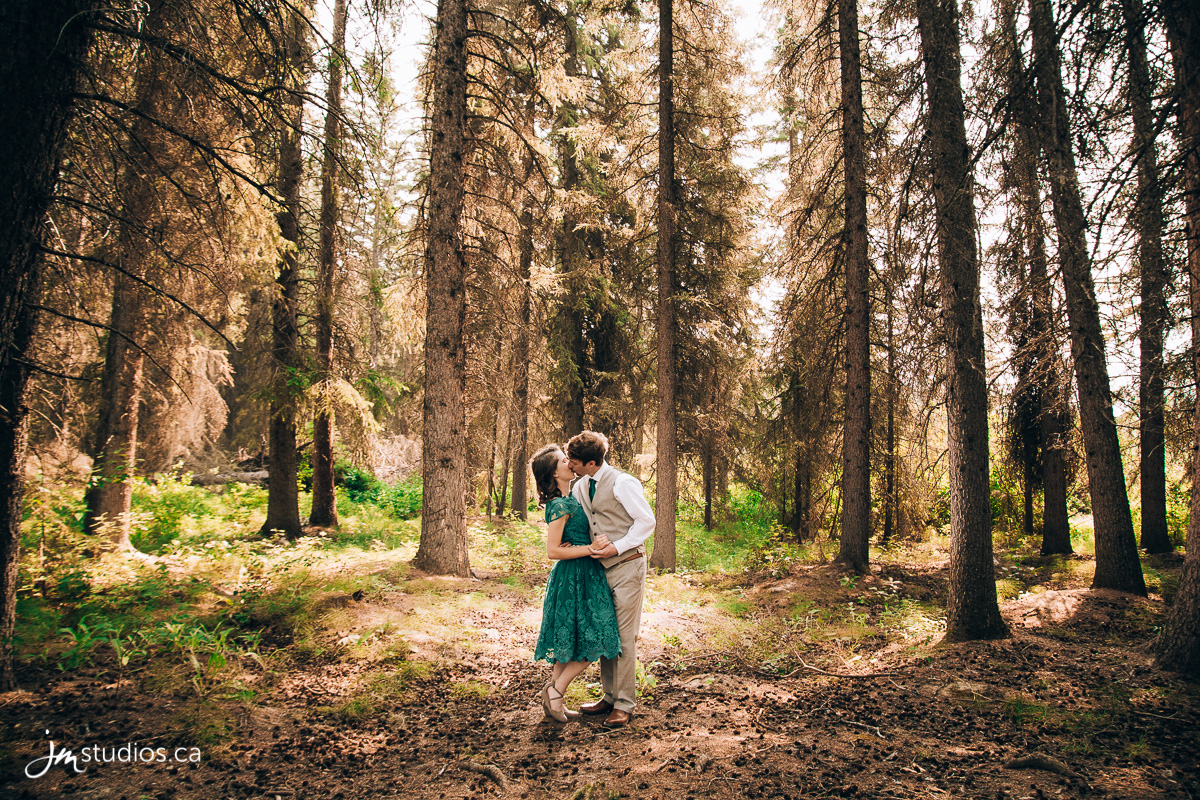 Katherine and David met purely by accident, while they were both attending school in Columbia. He was studying mechanical engineering at the Missouri University of Science and Technology, while she was at Mizzou, and preparing for her Masters in Animal Science. He helped her study for her GRE (General Record Examination), and standardized exam to evaluate candidates seeking graduate studies.

Their relationship grew as they got to know each other, and developed naturally from a friendship to something more! When they had been together for a while, David decided to surprise her with an early engagement. The couple spoke about getting engaged in August, but on a trip to Olympic National Park in May, he found a quiet, private spot, and proposed. He caught her off guard, but of course, she still said yes!

Full of surprises, David had initially planned the August proposal to happen in Canada. He organized a secret holiday to the Rockies a year out, so he could book the Paradise Lodge & Bungalows in Banff, a highly sought after accommodation in the heart of the National Park. When he instead proposed in May, they turned the August holiday into an elopement instead!

Along for the trip were members of both of their families, to celebrate along with them in the Canadian Rockies.

The Wedding at Vermilion Lakes in Banff National Park

Katherine began the day at Blakkloud Hair Studio in the centre of the Banff townsite. She then headed to the Fenlands Banff Recreation Centre, where we met up after her soon-to-be mother-in-law finished up her makeup.

The Ceremony at Vermilion Lakes

From there, we met Marie-Eve Jackson, the Alberta wedding commissioner of Banff Weddings by Marie-Eve. She took us out to one of the viewpoints down at Vermilion Lakes, where we queued up alongside the docks, David’s family on one side, Katherine’s on the other. Then, it was time to begin the ceremony.

Marie-eve began with the legal proceedings and moved through a lovely ceremony. She kept things light and quick, as it was a hot day down at the lakes. Once Katherine and David said their “I Do’s,” we took family photos on the picturesque docks.

The Creative Formals Along Vermilion Lakes

After a stroll along the pier with the newlyweds, we stopped to photograph them against the mountains surrounding the lakes. The wildfire smoke was still hanging in the sky, but it added another element of depth to the shots.

Around the lake runs a bike path, so we wandered through the trees and up to the bridge for our next location. We photographed Katherine and David, before taking the rings for some close-ups.

We wrapped things up at Vermilion Lakes and drove back toward Fenlands Banff Recreation centre. We stopped at the big ‘Banff’ sign at the edge of town for one final photograph.

The plans for the rest of the day were to grab some tasty pastries at BeaverTails bakery, check out Moraine Lake, and fulfill their dinner reservation at the Elk and Oarsman pub and restaurant.

We had a wonderful time with Katherine and David, and hope they love their images as much as we do!